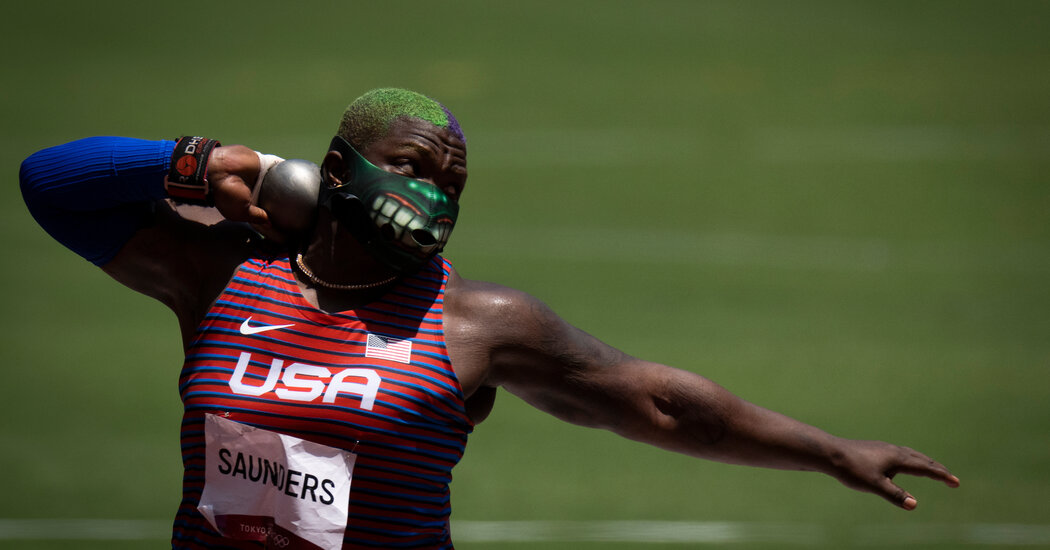 Raven Saunders won a silver medal in the shot put at the Tokyo Games on Sunday. Tuesday, NBC reported that her mother had passed away in Orlando, Florida, where she had attended an Olympic party for her daughter.

Saunders called his mother, Clarissa Saunders, his “number one guardian angel” in a message on Twitter.

Herbert Johnson, Raven Saunders’ longtime trainer, confirmed his mother’s death in a Facebook post. He said Clarissa Saunders and Raven’s sister Tanzy traveled from Charleston, SC, the hometown of the Saunders family, to Orlando to watch Raven compete in the Olympics.

Raven Saunders did not disappoint. With hair dyed green on the right and purple on the left, and a mask that was a nod to the Joker or the Hulk (her nickname), she beat all contestants except Gong Lijiao from China.

Saunders, 25, called attention to her achievement, dancing and singing “Celebration” afterwards and later on the medal podium, crossing her arms in an X shape, a gesture she called ” for the oppressed “.

“Not being there is a disappointment,” Clarissa Saunders said of not being able to be with her daughter in Tokyo, reported The State, a Columbia, SC newspaper. “But hey, we’re cheering her on from here… and she knows we’re here to cheer her on.”

Saunders, who finished fifth in the shot put at the Rio 2016 Games, publicly praised his mother for her support. In an Instagram post for Mother’s Day, Saunders said of his mother: “You showed me what strength is and for that I can overcome anything. You have shown me determination and for that I have learned determination.

“On behalf of the citizens of Charleston, we pray for Raven and her family, and we join them in mourning this unimaginable loss,” Tecklenburg said in a statement.