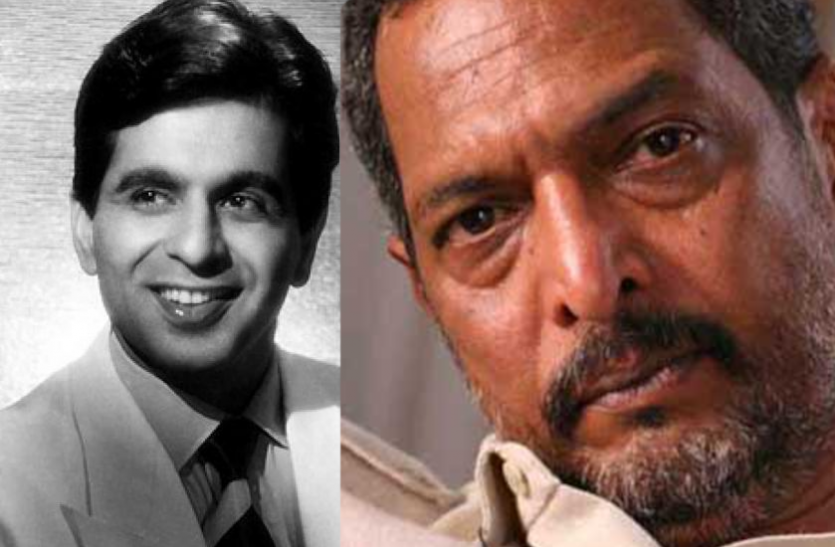 Mumbai. Veteran Bollywood actor Dilip Kumar passed away on July 7 this month at the age of 98. All industry stalwarts paid tribute to the late actor. Many stars also shared their memorable tales with Dilip Kumar. Now actor Nana Patekar has brought back old memories remembering the actor.

‘Father was like me’
Nana Patekar wrote in a Facebook post, ‘My saheb is gone, many people will write, many will write. Words will still be dwarfed. A great artist and a great human being. While worshiping the memory, I am shocked that I could not participate in his last journey. This lost moment will continue to hurt till death. He was like a father to me.

Also read: Actor Nana Patekar had a relationship with two actresses together, there was a lot of beating when caught

Appreciation of the movie ‘Krantiveer’
Nana Patekar further wrote, ‘He had thrown his hand on my back, he is still the reason for my courage. I still remember, one day he went home, he called me. It was raining heavily and I was completely wet. When he arrived, he was standing at the door. Went in, brought towels, started wiping my head. Made me wear my own shirt from inside. Where did I stay dry, I was left wet inside. Eyes were tearing, but I was still trying to control myself. How much were you praising the film ‘Krantiveer’. I was completely lost in him while listening to his remarks on every single episode of the film. I was reading his eyes. I have heard many dialogues from his eyes.

My first film ‘Leader’
He wrote about his desire to become Dilip Kumar, “I saw his first film ‘Ganga Jamna’, only then I decided inside that I would just become Dilip Kumar. To be an artist in my eyes means to be Dilip Kumar. I didn’t even know that I would ever be able to meet him. Leader’s shooting was going on, so crowded that nothing was visible. I was part of the crowd somewhere behind. Dilip Saheb called out loudly from the stage that hold the whey like this and twist it in the air with your hand and say, hit. Everyone did it, but I did it with a little more strength. While watching the movie Leader, I was looking for myself while waving my hands in the sky in that crowd. But there were only two people on screen, the mob and Dilip Kumar. Even today I proudly say that my first film is Leader.

Also read: Naseeruddin Shah said – Dilip Kumar is a great artist, but did nothing for cinema

close due to injury
Reminiscing a match, Nana wrote, ‘A football match was held between cricketers and artists to help someone. Dilip Saheb was the referee. All my attention is on him. While playing, Kiran More’s knee entered my stomach. I fell in pain. My sahib took me to Nanavati hospital by putting me in the car. I thanked Kiran More, it was my good fortune that I was close to her for some time because of the injury.

‘What will be going on Saira ji at this time’
In his post, the actor, understanding the grief of his wife Saira Banu after Dilip Kumar’s departure, wrote, ‘Everyone has many memories. Dilip Saheb, who says everything in a small close-up. But my generation has touched him. Today, the interpretation of happiness-sadness, joy-discourse, love and hatred has all changed. Who I was to them, yet I feel immense pain. What must be going on his life partner Saira ji at this time. When, where, when did he end up being a wife, stopped… who knew. Even then mother, sometimes father, brother, sister, friend. How many roles did she play, and how well. He never let the smile on his face fade. What do you remember now? What is of the eyes, there are springs, they flow. But what about the mind? Every corner of the house will belong to the Sahib. I may forget tomorrow and day after tomorrow, how will she bear it? Must have definitely talked to Saira ji alone. Both were living as each other’s world.