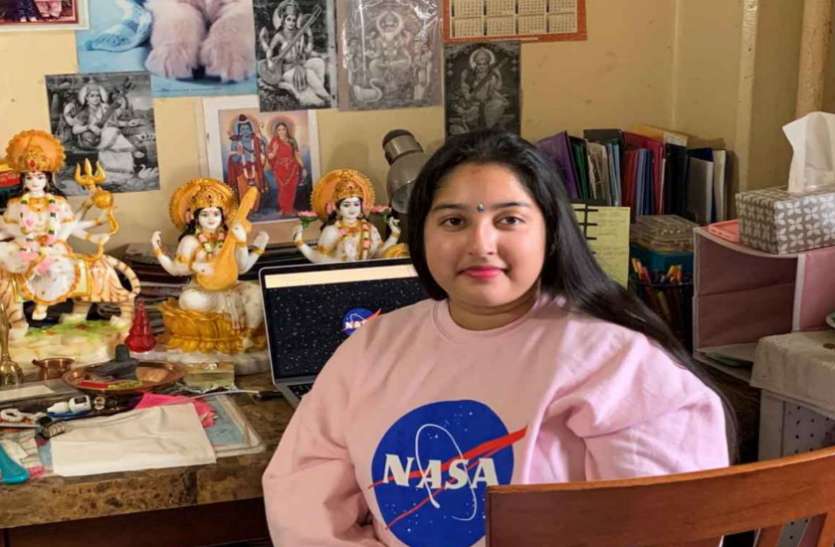 Indian-origin intern Pratima Rai of US space agency NASA has posted a picture with Hindu deities on social media. There has been an uproar over this photo.

New Delhi. Indian-origin intern Pratima Rai of US space agency NASA has posted a fresh picture with Hindu deities on social media. There has been an uproar over this photo. In fact, NASA on its verified Twitter handle tweeted a picture of the participants who got an internship with this space agency. These pictures also have a picture of Indian intern Pratim Roy. Criticism has started as soon as this picture is shared.

Today’s the day: applications for fall NASA internships are due!

After all, in the photo going viral
Actually, the picture of Pratima Roy shared by NASA on social media also has idols and pictures of Hindu deities on her table and wall. In the picture going viral on social media, along with the idols of Goddess Saraswati, Goddess Durga Maa, Lord Shri Ram-Sita, Lord Shiva, Parvati and Brahma are also seen. Laptops are kept near the idols of Hindu gods and goddesses. Sharing photos of four interns, NASA has given information about its internship program.

Also read: Monsoon will arrive in North India including Delhi-NCR in the next 24 hours, many states will receive rain for 5 days

Today’s the day: applications for fall NASA internships are due!

Who is Pratima Roy
Pratima Roy and Pooja Roy are sisters of Indian origin. Both sisters are software engineer co-op interns at NASA Glenn Research Center. Both are studying from New York City College of Technology. In a blog, NASA asked some questions to both of them about their experiences. Pratima said that she completely believes in God. He said that whatever we do, God is watching and dreams can really come true. Since the beginning of last year, Pooja is doing internship with NASA and she is working on a very important NASA project.