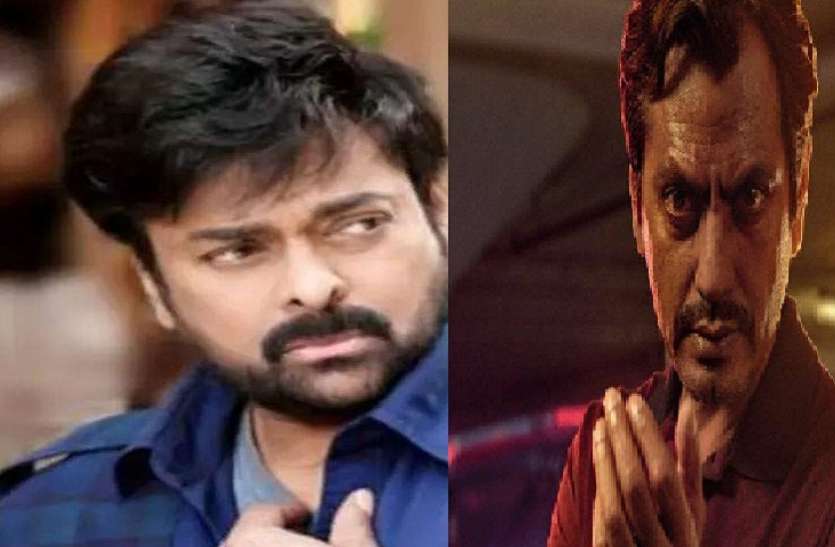 Nawazuddin Siddiqui will play the role of villain in Chiranjeevi’s film, discussion is going on on the script

New Delhi. These days, many big projects are in hand in the account of South film industry superstar Chiranjeevi. With which he is now going to complete his 154th film. Now he is preparing to do another film soon, this upcoming film is being directed by Bobby, in this film Bollywood star Nawazuddin Siddiqui will also be seen along with Chiranjeevi, although he will have a negative role in the film.

According to the information, no name has been given to this film to be directed by director Bobby but its script has been completed and Nawazuddin Siddiqui has also been narrated the script of this untitled film in which he will play the role of the villain. Impressed enough to do. If things go well between the makers and the actors, then soon two big stars like Nawazuddin and Chiranjeevi will be seen sharing the screen.

Sonakshi Sinha also played the role of a police officer

It is being told that actress Sonakshi Sinha is also being considered for the role of a police officer in this film, although there has been no conversation with her about this.

Talking about the work front of both the stars, Nawazuddin Siddiqui will soon be seen in the film Bole Chudiyan, with whom Tamannaah Bhatia is working in the lead role, while Chiranjeevi will also be seen in the film Acharya, which is going to be directed by Koratalla Shiva. Coming. The film was set to release on May 13, but in view of the increasing cases of Kovid 19, the film has been put on hold. Along with Chiranjeevi, the film will also feature Pooja Hegde Ram, Kajal Aggarwal, and Charan in lead roles.