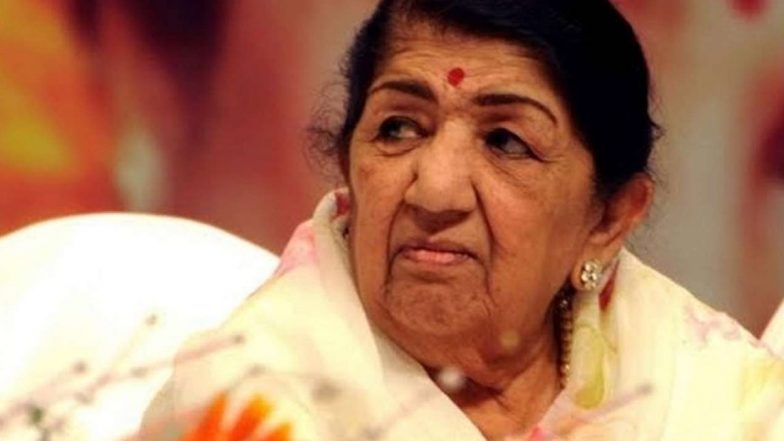 New Crossroad Named After Lata Mangeshkar to Be Developed in Ayodhya

In remembrance of Lata Mangeshkar, a new crossroad is set to be developed in Ayodhya that will be named after the late legendary singer to honour her memory. The order for this new construction was issued by Chief Minister Yogi Adityanath to the DM during his Ayodhya review meeting. Instructions to the Ayodhya Municipal Corporation have been issued to mark a major intersection and send the proposal to the government within 15 days. Palak Muchhal: I’ve Literally Studied Every Song Sung by Lata Mangeshkar.

Born on September 28, 1929, Lata Mangeshkar began her career in 1942 at the age of 13. In a career spanning over seven decades, the melody queen recorded songs for over a thousand Hindi films. She recorded her songs in over 36 regional Indian and foreign languages. Naam Reh Jaayega: Arijit Singh, Sonu Nigam, Shaan, Kumar Sanu and Other Singers To Pay Tribute to India’s Nightingale Lata Mangeshkar.

The singer passed away on February 6, 2021, at the age of 92, due to post COVID-19 complications. She was cremated with full state honours in Mumbai.