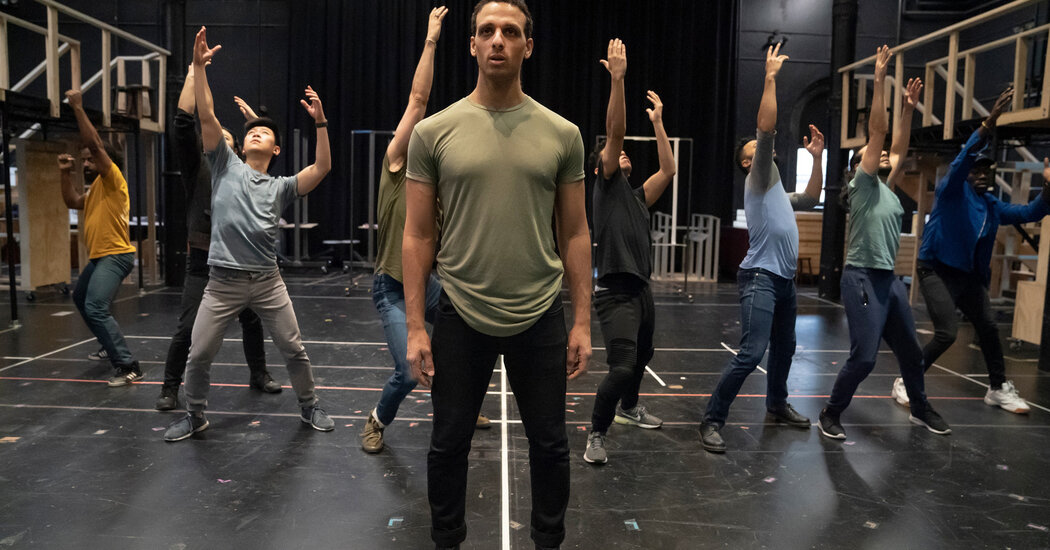 The Public Theater season 2021-22 will feature a mix of projects postponed due to the pandemic and new works, including “Plays for the Plague Year” by Suzan-Lori Parks.

Behind the scenes, the nonprofit Off Broadway – responding to renewed calls for racial equity in the theater industry – said it would include more than 50% representation of people of color in roles of artistic leadership, from directors and writers to choreographers and designers.

“This past year and a half, in addition to Covid, has been about a call for racial justice and fairness that we take deeply seriously,” Oskar Eustis, Artistic Director of The Audience, said in an interview. “The public has obviously always been, we felt, progressive on racial issues. And what became clear to us was that we weren’t progressive enough.

The season begins with a musical that was set to have its world premiere in March 2020, before cinemas closed due to the pandemic: “The Visitor”, by Tom Kitt, Brian Yorkey and Kwame Kwei-Armah. Directed by Daniel Sullivan and based on the film about a college professor and two undocumented migrants, it will star Tony Award winners David Hyde Pierce and Ari’el Stachel. Performances will begin on October 7.

The pandemic has also resulted in the postponement of the debut of Erika Dickerson-Despenza’s play, “cullud wattah”. In the meantime, she received the Susan Smith Blackburn Prize, which recognizes the work of women and non-binary playwrights. The play deals with the effects of the water crisis in Flint, Michigan on three generations of women. Candis C. Jones will direct the play, which will begin performances in November.

Another delayed work, “The Vagrant Trilogy” by Mona Mansour, on the displacement of Palestinians, will be directed by Mark Wing-Davey and will now open in April 2022.

And Shaina Taub’s long-awaited musical about the American women’s suffrage movement will take the stage in March 2022. “Suffs,” described as an epic show about some of the movement’s little-known heroines, will be directed by Leigh Silverman and feature the choreography. by Raja Plume Kelly.

In addition to Parks’ “Plays for the Plague Year,” in which the Pulitzer Prize-winning playwright has written one play per day since the start of the pandemic, the season will also include “Out of Time,” a collection of monologues by five. awards – Asian American playwrights; “The Chinese Lady”, Lloyd Suh’s portrait of the first Chinese woman to set foot in America in 1834; and “Fat Ham,” the “hilarious but profound new play inspired by” Hamlet “” by James Ijames, which takes place at a Southern BBQ, Jesse Green wrote in his review of a streaming production. (Some of these are co-productions with the Barrington Stage Company, Ma-Yi Theater Company, NAATCO, and the National Black Theater.)

Theater artist Daniel Alexander Jones’ digital album, “Altar No. 1 – Aten”, will run through a series of weekly installments starting September 22. And Joe’s Pub will also be back: the performance space tucked inside the audience will have live music from October 5th.

The programming of the shows reflects the current moment well, Eustis said, for several reasons. There is the representation of artists of color and partnerships with theater companies more affected last year than the public. And then there’s what he called Parks’ “amazing” new work, “Plays for the Plague Year”.

“They give a sort of map,” said Eustis, “and a daily review of what it’s been like this year, like no other work of art I’ve seen. I think this is incredibly important and powerful work.

Parks started writing “Plays for the Plague Year” on March 12, 2020, and that spans at least a year. Among the snapshots she captured were those “almost like a little domestic adjustment drama,” in the words of Eustis, in April, and the murder of George Floyd in May, as well as the racial calculation that followed.

The past year has sparked dialogue and shaken foundations, and theater is no exception. Much of the conversation to the Audience has been in the gap between “we need to be more thoughtful” and “the show must go on,” Eustis said.

“Because the show must go on; you really have to, ”he said. “But that doesn’t mean we can’t find a way to be more reflective about the way we work, and more attentive and contemplative about how we treat each other as the show goes on.”