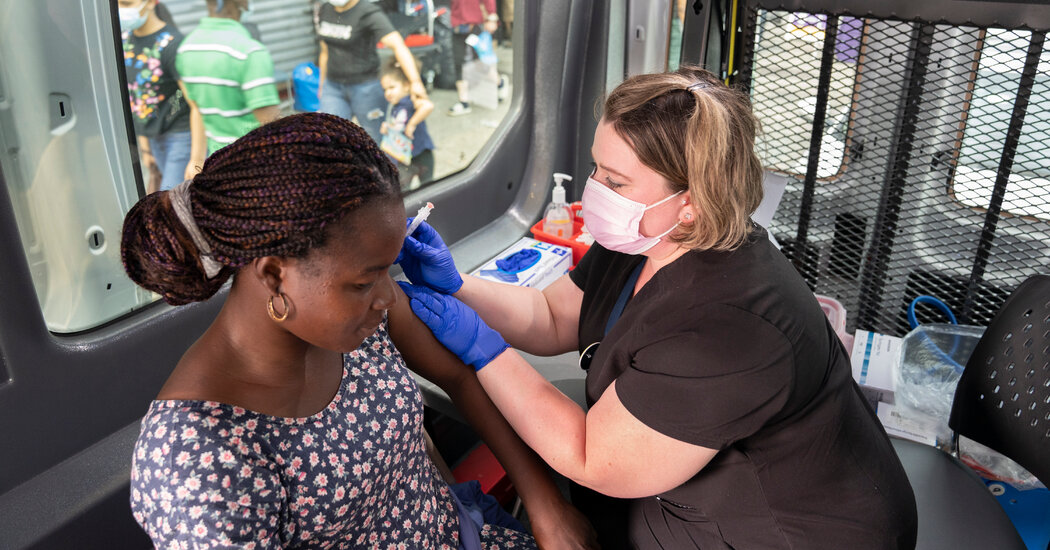 The new requirement in California, which covers 246,000 state government employees, as well as two million health care workers in the public and private sectors, will begin on August 2 and be implemented by August 23, Mr Newsom said.

“We are exhausted by the right-wing echo chamber which perpetuates misinformation around the vaccine, its effectiveness and its safety,” Mr. Newsom, a Democrat, said. “We are exhausted by his politicization of this pandemic, and that includes wearing masks which has been equated with the Holocaust. It is shameful, it is unacceptable and it must be denounced.

California averages nearly 6,400 new cases of the virus a day, an increase of more than 200% in the past two weeks. More than 64 percent of adults in the state are fully immunized, according to federal data.

Last month, San Francisco announced that all of its workers, more than 35,000 people, are expected to receive a vaccine or face disciplinary action after FDA approval of at least one of the three vaccines currently administered under ‘an emergency order. Several Bay Area counties, Stanford University and all 10 University of California campuses also recently announced some type of mandate to help improve stagnant vaccination rates.

The order in New York City, affecting an estimated 340,000 city workers, including teachers and police, would begin for most workers on September 13, the day nearly one million students in the largest school district country will return to class. Mr de Blasio said reopening schools is key to the city’s recovery from the pandemic.

“September is the pivotal point of the recovery,” de Blasio said Monday, also referring to the number of workers who are expected to return to their Manhattan offices.

The Biden administration said it was not the role of the federal government to impose a nationwide mandate. But for the Department of Veterans Affairs, the risk to veterans, who tend to be older, sicker and perhaps more vulnerable to illness, was getting too great, said Denis McDonough, the secretary of veterans affairs. fighters, in an interview on Monday.