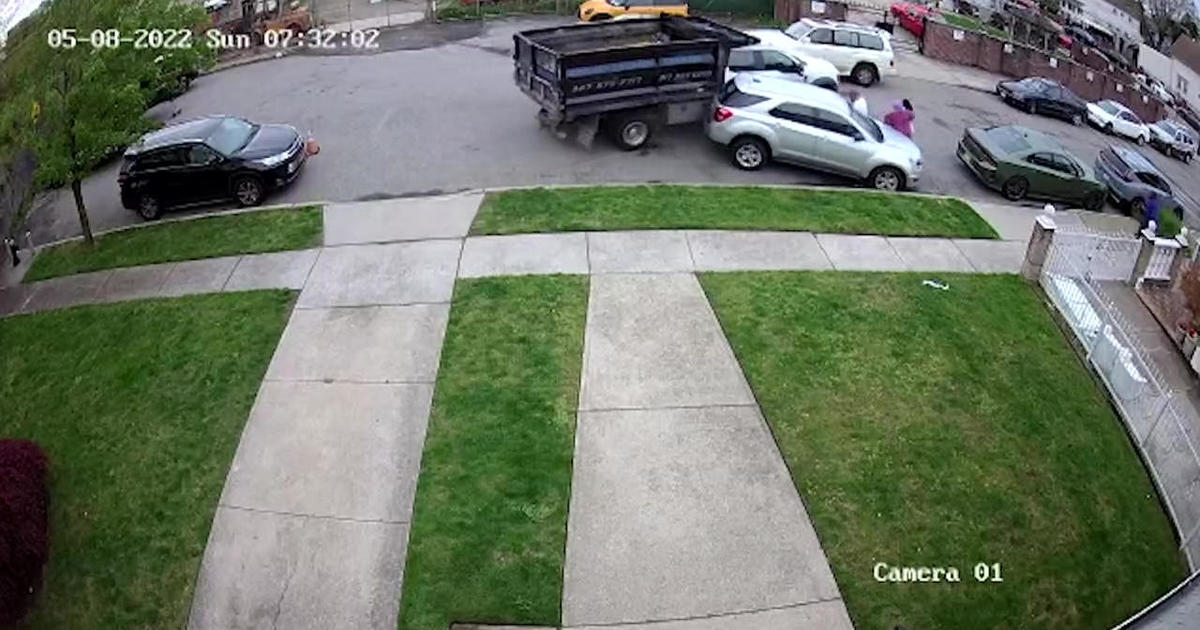 NYPD: Woman fighting for her life after being pinned by hit-and-run driver in Queens

NEW YORK — A woman is fighting for her life after being pinned up against a car during a hit-and-run caught on camera in Queens.

CBS2’s Thalia Perez was in South Jamaica on Sunday, where the chaotic scene took place on Sunday morning.

Police are searching for the driver of the pickup truck that didn’t stop. The truck plowed into the mom who was on the street with three other people on 120th Avenue and 167th Street.

According to neighbors, the area is known for illegal dumping.

Video obtained by CBS2 shows the moment the driver of a white Ford 550 slams into a white sedan that neighbors say belongs to the victim’s daughter. The truck is seen making an illegal U-turn. Neighbors said the victim and her daughter ran outside and confronted the driver immediately after he crashed into the first car. The driver then hit several more parked cars, dragging a silver one and pinning the victim in between two cars.

“I just wish that they stayed on the sidewalk and just called police instead of coming in the street and trying to be too vigilant,” Calvin Williams said. “I’ve never seen that truck, but I did hear from the owner of this business on the right side that a lot of people were dumping, illegally dumping, and we were keeping a vigilant eye out for the dumpers.”

Neighbors said the victim is from Nigeria and that she’s a surgical nurse. Police said she is in critical condition at Jamaica Hospital.

Police said the Ford 550 was found abandoned at 108th Avenue and 164th Place.

No arrests have been made. The driver remains at large.