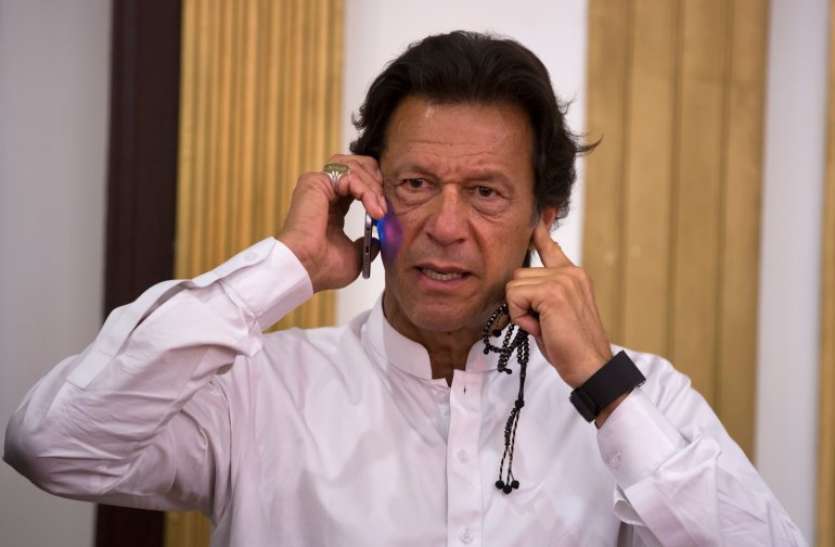 There is a ruckus in India over the spyware Pegasus of Israel’s cyber security company NSO. Imran Khan’s phone has been claimed to be tapped with this software.

New Delhi. The phone tapping case has gained momentum in the country. But its echo is now being heard from Pakistan as well. There is a ruckus in the country over the spyware Pegasus of Israel’s cyber security company NSO. In the country, it has been claimed to spy on the phones of journalists and many famous personalities.

Now Pakistan has also entered in this dispute. Pakistan PM Imran Khan’s phone has also been claimed to be tapped through Israeli software. Pakistan has blamed India for this. With this it has been said that he will raise this issue on a big platform.

Pakistan’s Information Minister Fawad Chaudhry said on spying on Imran Khan’s phone that “we are waiting for details of hacking by India”. He said that once the complete information comes out, then the issue will be taken up at appropriate forums. Earlier in the tweet, Chowdhury had expressed concern over reports that the Indian government allegedly used Israeli software to spy on journalists and political opponents.

read this also: Death penalty will be given for not following the new law of North Korea, this act is banned in the country

Political storm in India on Pegasus

Significantly, after the Pegasus espionage case came to light, a political storm has arisen. The opposition has attacked the government on this issue in Parliament. Former Congress President Rahul Gandhi’s number has also been found in this list. However, the Indian government denied the use of Pegasus software after the issue arose in 2019. Now the central government has questioned the timing of taking up this matter.