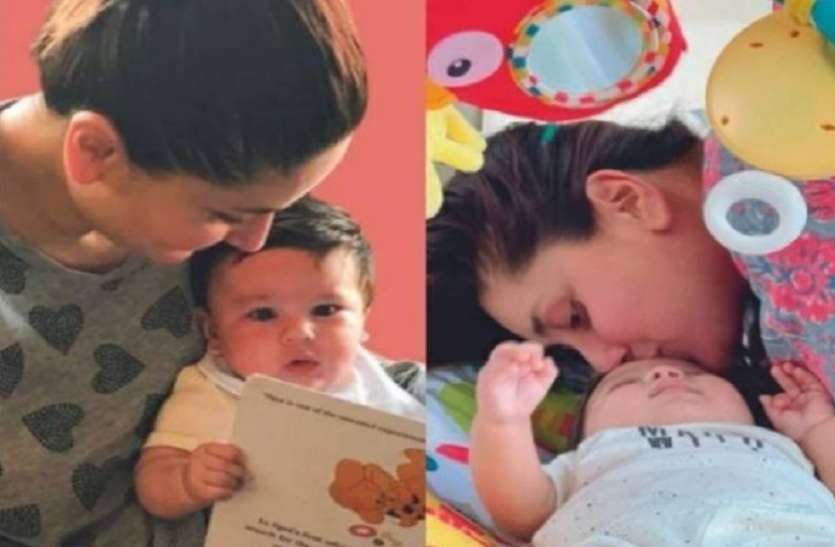 New Delhi. Bollywood actress Kareena Kapoor Khan remains in the headlines every day. More than films, she gathers discussions because of her personal life. In the same year, Bebo gave birth to her second son. Recently, the name of his second son was revealed that he has been named Jeh Ali Khan. Users trolled him about this name too. Kareena is very cautious about her second son. After the birth of Taimur, he got so much attention in the media that his pictures keep going viral. The paparazzi are desperate to capture a glimpse of Taimur in their cameras.

Also read: Neha Kakkar was seen at the airport with husband Rohanpreet, fans said – are you pregnant?

In such a situation, Kareena does not want the same thing to happen to her second son as well. That’s why he hasn’t shown the face of the younger son yet. But now a fan page of Kareena has shared the picture of her second son, which is becoming fiercely viral on social media.

Actually, recently Kareena Kapoor Khan has launched her book ‘Pregnancy Bible’. In this book, she has shared her pregnancy experiences. But now the picture of his little Nawab from this book has become viral. It is being claimed that this photo is of Jeh. In the picture going viral, Kareena is seen kissing her younger son on the forehead. Seeing the photo, fans are saying that Jeh is as cute as his elder brother Taimur.

Kareena gave birth to Jeh in February this year. Let us tell you that recently Kareena has launched her book ‘Pregnancy Bible’. But there has been a controversy regarding his book. Actually, a Christian organization has objected to the title of his book. Kareena is being accused of hurting religious sentiments. On Wednesday, a complaint was lodged against him and two others with the police in Beed city of Maharashtra.