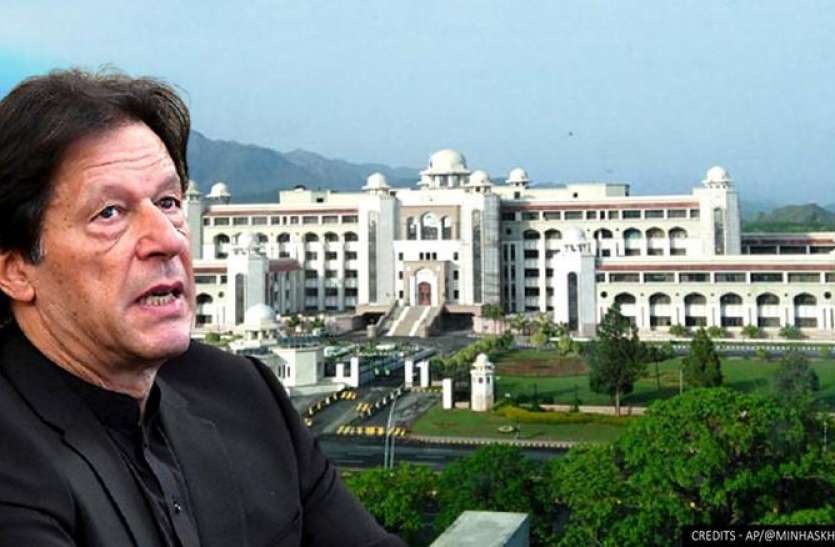 PM Imran Khan’s official residence in Islamabad up for rent

New Delhi. The economic condition of Pakistan is getting worse. The situation has become so bad that now it is time to rent out the official residence of Prime Minister Imran Khan.

This residence of PM is located in Islamabad. This house has also been taken off the market for rent, just looking for a good tenant.

Also read: Explosion from work bus outside Defense Minister’s house, there was a stir everywhere

Even after extending a helping hand from China to Turkey, the economic condition of Pakistan is not improving. The special thing is that now Pakistan has decided to become self-reliant. In this episode, Prime Minister Imran Khan is giving his official residence on rent.

PM House will be given on rent for these works
To raise money, the Prime Minister’s official residence will now be rented out for other events including cultural, fashion and educational programs. Let us tell you that in August 2019, the ruling Pakistan Tehreek-e-Insaf (PTI) had announced to convert the prime minister’s house into a university.

However, later the government dropped the plan to convert the residence into a university and decided to raise money through it. It is believed that money can be raised by renting out the auditorium of the Prime Minister’s residence, two guest wings and a lawn.

This is PM House
The official home name of the Prime Minister is ‘Bani Gala’. Bani Gala State is spread over 7 and a half acres. It is on the top of the mountain from where beautiful valleys are spread all around. There is a botanical garden as well as a lake. Apart from this, Gala, which is equipped with swimming pool, tennis court and rest of the comforts, is also called the most luxurious bungalow in Pakistan.

Also read: China: New cases of corona found again after a year in Wuhan, now the entire population will be tested

Imran took such steps earlier also
This is not the first time that Prime Minister Imran Khan has taken such a step to raise money. Even before this they have taken such steps. In the year 2018, Rs 23 lakh was raised by selling 8 buffaloes. Imran had auctioned 102 cars in the same year.

A loan of two and a half lakh on every Pakistani
In the report presented in the Parliament of Pakistan, it was revealed that every Pakistan has a debt of about 1 lakh 75 thousand. In the last two years, this loan has increased by 46 percent.

READ Also  An Ethiopian Road Is a Lifeline for Millions. Now It’s Blocked.