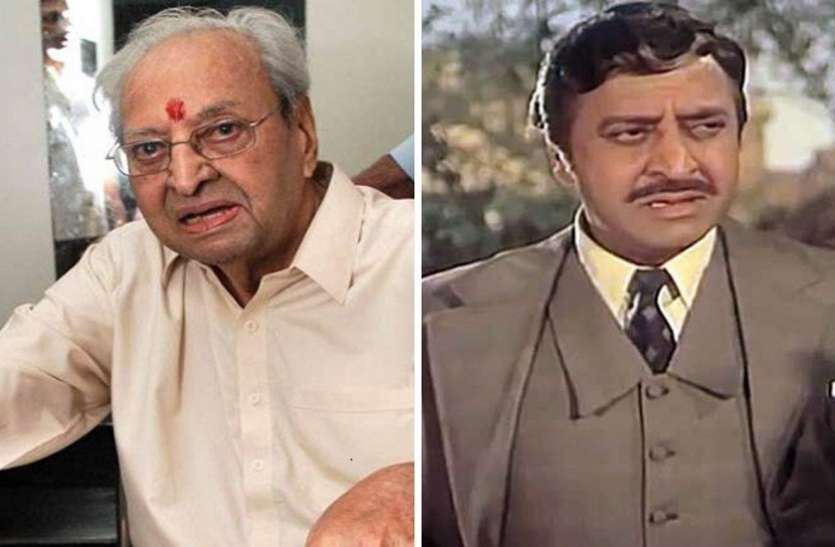 New Delhi. Bollywood is such a world that has made people aware of many legendary artists. More than one actor and actresses made their mark with their art. Everyone is known for their different style even today. In such a situation, many artists of the decade from 60 to 90 are included in this list, who are undoubtedly in the world today, but their work is still alive in the hearts of people. These include those who play the role of hero, heroine to villain. Veteran actor Pran is one of them.

The actor had come to India from Pakistan with his wife and son. Well his real name is Kishan Sikand. It is said that Pran actually wanted to become a photographer. But he made his career in acting. Today is the death anniversary of Pran Saheb. On this occasion, we tell you some special things related to them.

Pran won the heart by becoming a villain

Pran made his Bollywood debut with the 1942 film Khandaan. After which his film career started. He played the role of villain in 22 films. Pran took the tag of dreaded villain by doing negative roles in films. Pran is the artist who removed the misconception of popularity by becoming a hero from the hearts of people. Pran won a lot of accolades by playing the role of Villain. The special thing was that the producers used to pay more fees than the hero to Pran playing the role of Villain.

The film ‘Zanjeer’ took Amitabh Bachchan’s career to the seventh sky overnight. It is said that this film was first offered to Dev Anand and Dharmendra but both of them refused to do the film. After Zanjeer, Pran worked with Amitabh Bachchan in big films like Dostana, Naseeb, Kalia, Sharabi and Amar Akbar Anthony.

Also read- Pran, who played the role of villain, was very kind in real life, used to work in films for a fee of Re 1

Pran was awarded the award for his acting

He was awarded the Filmfare Best Supporting Actor award thrice for Pran’s best films. At the same time, in the year 1997, Pran Sahab was also honored with the Filmfare Life Time Achievement title. In 2001, the actor was also awarded the Padma Bhushan and Dadasaheb Phalke Award from the Government of India. In his film career, Pran did more than 350 films and earned a lot of name and fame.

While playing the role of a dangerous villain on the big screen, people started thinking of him as the same in real life as well. People used to think that Pran appears on the big screen. He is the same in real life as well. It is said that once Pran had gone to Delhi to have tea at a friend’s house. When Pran’s friend’s sister came back from college, she was shocked to see Pran at home. After drinking tea, Pran went back to his hotel.

READ Also  Mahendra Singh Dhoni had an affair with these Bollywood beauties!

When his friend called him, he told that his sister was saying that why do such miscreants and goons bring the man home? Then Pran came to know that people consider him to be a villain even in real life. Let us tell you that Hero had told that he does not like to romance by hiding behind the tree.

Pran Saheb had become very weak in the last days. His feet were starting to quiver. Because of which he started living his life on the wheel chair in 1997 itself. With age and time Pran started getting weak and he started getting sick. In the year 2013, Pran Saheb breathed his last at the age of 93. Pran Saheb died due to heart attack. It is said that Pran Saheb used to help people a lot. Once he even helped Amitabh Bachchan and Raj Kapoor.