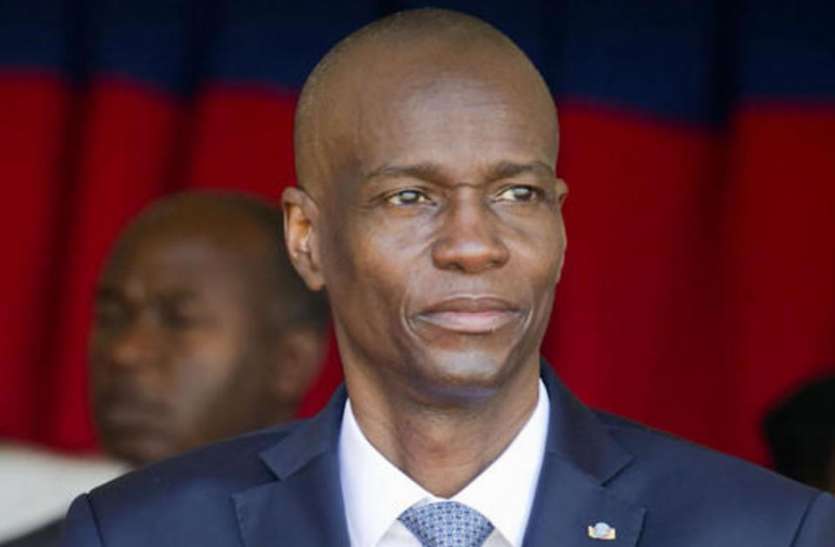 President Of Haiti Jovenel Moise Assassinated In His Private Residence

The President of the Caribbean nation of Haiti, Jovenel has been assassinated at his home. Confirmed by the interim Prime Minister of the country.

Port-au-Prince. Jovenel Moise, the president of the Caribbean country of Haiti, has been assassinated at his home. His wife has also been shot in this attack and her condition is said to be critical. Haiti’s interim PM confirmed the incident, saying that President Mose had been murdered at his home.

A group of unknown people carried out the murder

The country’s interim Prime Minister Claude Joseph said on Wednesday that the assassination of Haiti’s President Jovenal Mosse was carried out by a group of unidentified people. During this his private residence was attacked. The PM said that Mosse’s wife, First Lady Martin Mosse, is hospitalized. His treatment continues.

#Haitian President Jovenel Moise was killed in a gun attack at his residence in #pelerin neighborhood of Port-au-Prince.

PM Joseph has condemned the attack. It has been described as inhuman and barbaric. Along with this, Haiti’s national police and authorities have kept the situation under control across the country. The political situation in the country is not good at this time. With this, gang war violence has seen an increase in the recent times.

According to reports, the President was assassinated by a group of unknown persons. Some of these people were speaking Spanish. The incident happened on Wednesday night at around 1 am. Haiti’s First Lady has been hospitalized.

15 people died on the spot

A few days ago, at least 15 people were killed on the spot in a shootout on a main road in the capital. A journalist was also among the dead. Along with this, a political activist also died. This group is known as Phantom 509. But so far no evidence has come to light in this regard.