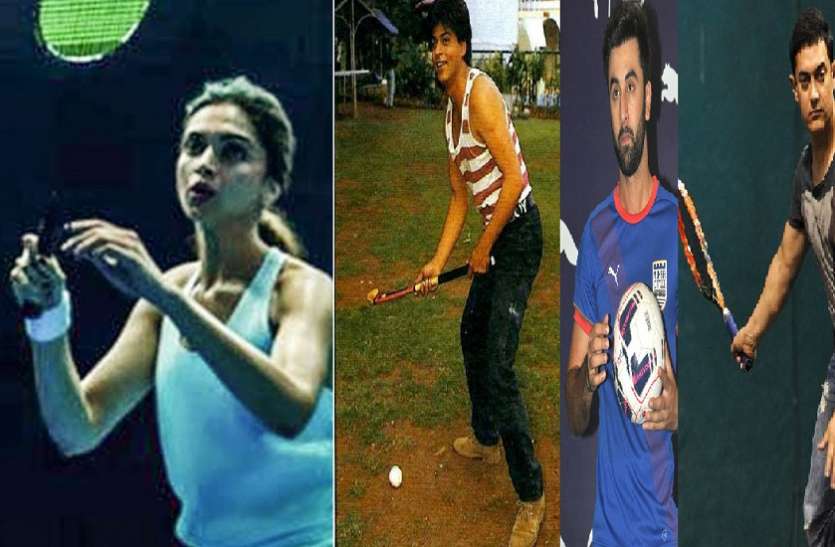 Professional players from Deepika Padukone to Aamir Khan, if not an actor, they would have brought glory to the country with sports

New Delhi. Coming into the colorful world of Bollywood, every star has made a different identity with their acting. And by reaching his destination, he has achieved a special position. Among these stars working in the film, there are some stars who have been top-class players during school and college time. If these people had not stepped into the world of acting, then today they would have been illuminating the name of the country from the field of play. Let us tell you today about those Bollywood stars who have been strong players of the game.

Shahrukh Khan, who was seen in the role of hockey coach in the film ‘Chak De India’, is so much fond of sports that he is the owner of ‘Kolkata Knight Riders’ cricket team in IPL due to this. Shahrukh was the best player of the cricket and hockey team during his school and college days, which he has captained.

Everyone must have seen Bollywood star Ranbir Kapoor playing ‘football’ often. He may not have played matches for the national team, but he is often seen playing in celebrity football matches. Apart from this, he is also the co-owner of the Mumbai City FC football team.

Mr. Perfectionist Aamir Khan has created a special image for himself by performing brilliantly in Bollywood, he was also a brilliant ‘tennis player’ in the playground. Yes, Aamir has been a state level tennis player. Aamir Khan has captained his school’s tennis team and has also been a part of the state team on several occasions. Even Aamir has played an exhibition match with Roger Federer.

Akshay Kumar’s love for sports is also seen in films. And luck is also such that today he is known as Khiladi Kumar after being hit by films named Khiladi. Akshay is a top class martial arts player. He holds a black belt in Taekwondo. Before becoming an actor, Akshay used to teach martial arts to people.

Bollywood’s handsome hunk John Abraham is a football player. He has represented India-A in football during his school and college days. He has been a centre-forward player. John is now also a co-owner of the North East United FC football team.

Rahul Bose is a great rugby player apart from being a good actor of Bollywood. Rahul Bose has been a professional rugby player for almost a decade. He also participated in the Asian Federation Rugby Championship for 8 years before retiring from the team in 2008.