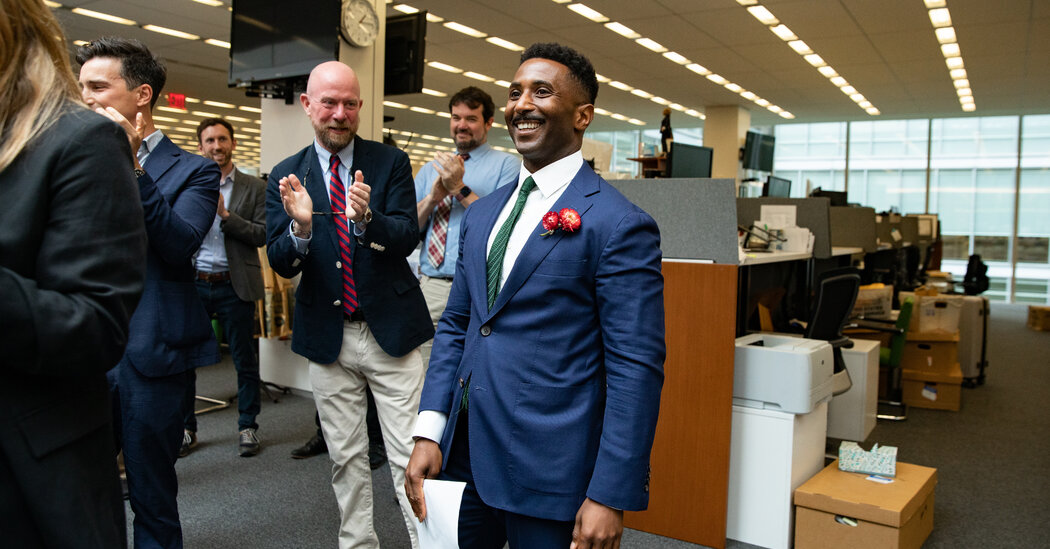 “You didn’t really do what I asked you to do,” he recalls, telling her his teacher, John Kozempel. “But you did something that exists in the world. This is called criticism, and it is a good example.

Of course, not everyone can write sleek essays that educate even when they criticize, and that provide an entry point to a conversation rather than shut the door on opposing viewpoints. But when Mr. Morris begins to put words on a page, ideas flow.

“I don’t know how I feel about a lot of things until I sit down to write about them,” he said. “It’s my journey as a writer – to determine where my brain, my heart, and my moral compass lie in relation to everything I write about. “

When Mr. Morris files a story, Ms. Michel said, she always knows she will get four things: surprising pop cultural and historical connections; a brilliant thesis; at least one “breathtaking” passage that reads like poetry; and a memorable ending, revised to perfection.

“He always reworks his last graphic until he kills,” she said.

Mr Morris said his biggest challenge is that he has so many ideas that he never has time to pursue them all.

“I can be crippled by my glut of ideas,” he said, “which often means I wait to write things down until the last minute.” He added that he has been known to write 3,000 word articles within a same day time frame.

Yet somehow, amid the editorial staff of the daily, the Sunday Arts & Leisure section and the Times Magazine, as well as the co-host of the weekly cultural podcast “Still Processing”, Mr. Morris manages to make time for everyone, her podcast co-host, Jenna Wortham, said.