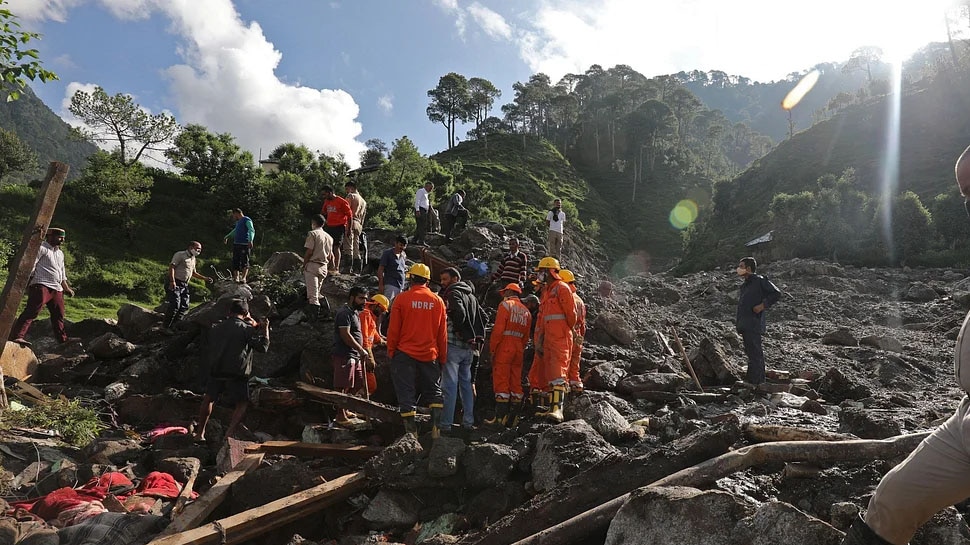 New Delhi: The body of popular Punjabi singer Manmeet Singh has been recovered from Kareri Lake in Kangra district. After heavy rains in Kangra district, the situation there had deteriorated badly, after which the pictures of the damage caused by it have started appearing. According to the report of ANI, Kangra SSP Vimukt Ranjan has informed about the receipt of Manmeet’s body.

Manmeet was famous for Sufi singing
Manmeet Singh was one of the pair of Sain Brothers and was very famous for his Sufi singing. Manmeet had gone for a walk in Dharamsala with some of his friends when the situation there got very bad. According to the report, Manmeet had gone for a walk towards Kareri Lake when he went missing after heavy rains and sudden floods. Since then his search was on.

Search was being done by forming a rescue team
The body of Manmeet Singh, a resident of Chheharta in Amritsar, Punjab, was recovered late Tuesday evening. SSP Kangra, Vimukt Ranjan said that the news of Manmeet’s disappearance was received near Kareri Lake. After this a rescue team was formed and efforts were started to find Manmeet Singh.

Postmortem of Manmeet’s body will be done in Dharamsala
SHO of McLeodganj police station Vipin Choudhary said, ‘Manmeet had slipped into the ravine and from there the strong water carried him away.’ His body was brought to Dharamsala at 2 pm on Wednesday and his post-mortem will be done here. Apart from his dead body, 4 other bodies have also been recovered from Boh Valley in Kangra district.