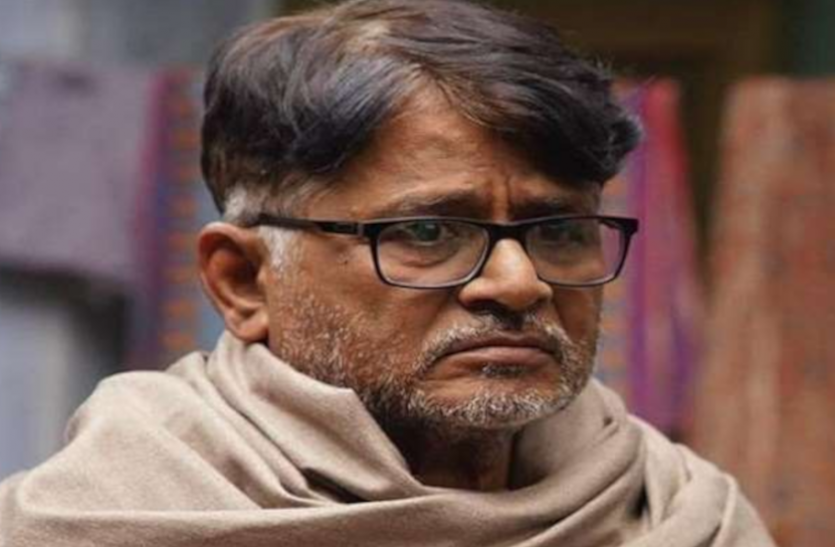 Mumbai. Bollywood actor Raghubir Yadav is in news due to his personal life. His wife Poornima Kharge has alleged that the actors are not giving her the amount of alimony, due to which she is facing many problems. Purnima has claimed in an interview that due to non-receipt of money from the actor’s side, she also had to mortgage gold to run the house. Raghubir’s lawyer says that Poornima is asking for more money while Purnima’s lawyer says that the actor is not paying the alimony amount.

Took loan, mortgaged gold
Actually, there is a dispute between Raghubir Yadav and Poornima for a long time. According to reports, the two have been living separately since 1995. In a conversation with ETimes, Purnima alleged that last year’s money for 5 months was not received from Raghubir’s side. Due to this she could not pay the rent of the house. He had to take a loan. Even my gold had to be mortgaged. This year also he has not received money for 4 months. On hearing two months ago, 80 thousand rupees were received. The actor has not given any reaction to these allegations.

Raghubir Yadav’s lawyer’s argument
According to Raghubir Yadav’s lawyer Shalini Devi, there is no point in making Raghubir and Poornima’s dispute worse. The actor’s wife is asking for more money. Had the money been right, my client would have settled the matter by now. The age of the actor is 71 years, this thing should be understood by Purnima.

READ Also  Among Us is free on the Epic Games Store

Also read: Pawan Singh’s first wife hanged herself from the fan, got married after three years

Purnima’s lawyer’s argument
On the other hand, Purnima’s lawyer Ishika Tolani says that Raghubir Yadav is not giving money despite doing well in his career. My client is having a very difficult life. Raghubir should give money. Poornima has to see her son, mother and father all.

Significantly, Raghubir married Poornima in 1988. Both have been living separately since 1995. They also have a 30 year old son. Poornima had filed a divorce petition last year. Purnima, a Kathak dancer by profession, had claimed in her divorce petition that she had given up her career as an international Kathak dancer because of Raghubir. Raghubir Yadav has worked in movies like ‘Peepli Live’, ‘Lagaan’, ‘Newton’, ‘Pagalat’, ‘Salaam Bombay’.