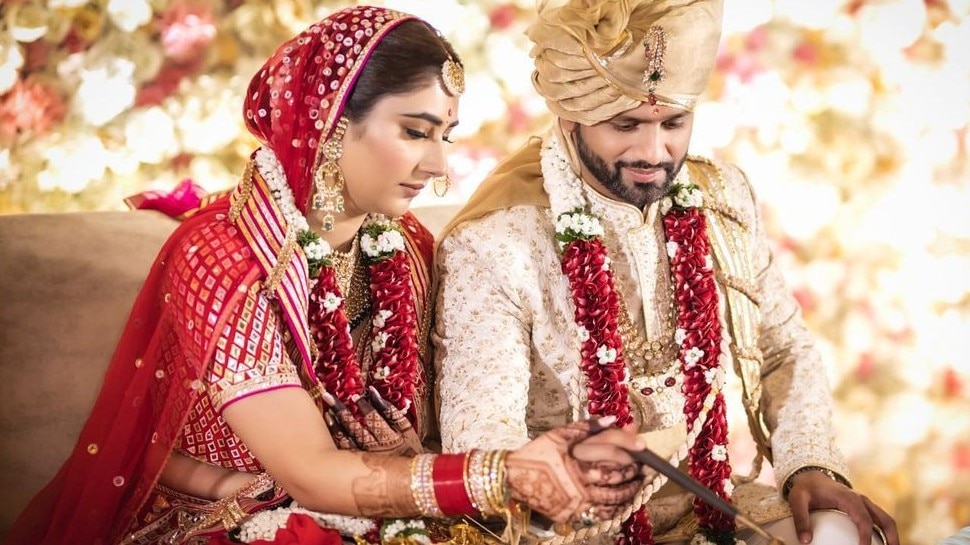 New Delhi: ‘Bigg Boss 14’ fame Rahul Vaidya married actress Disha Parmar on Friday. The wedding videos of both of them dominated social media. The couple looked very cute in the wedding pictures. On the previous day, the reception of both of them also happened brilliantly. Just before their reception, both of them spent their first night together after marriage, but this night was not right at all. During the post-wedding brunch, among his family and friends, Rahul made a big disclosure related to his honeymoon and told how his first night was.

A video of Rahul Vaidya has surfaced, in which he is revealing how his maternal uncle spoiled his honeymoon. A fan page of Rahul Vaidya has shared the video, in which Rahul is standing on the stage and narrating the whole story on the mic. During this, the family members and Disha Parmar are standing with him on the stage. Rahul says, ‘My uncle came to my room this morning. He came into the room from eight o’clock this morning. It was my first night.’

Rahul Vaidya narrated the story of the honeymoon

Rahul (Rahul Vaidya) further said, ‘I want to tell the whole story to all of you …. my two cousins ​​Shreyash and Arpit came to my room at three o’clock in the night. He came to my room to party with me. Don’t know how and from where Manoj Mama also came. The first night after my marriage was going on. My wife asked is there anyone else in our room? I said yes. These are great people…’

Mama started opening the door in the morning

Rahul Vaidya further told that he went to sleep later, but after some time in the morning, another maternal uncle came and started latching. With a voice, those uncles asked, ‘Are you sleeping Rahul?’ To this Rahul’s answer was, ‘Yes’. He said that he has come to get the jacket. On this, Rahul pointed directly to Mama and said, ‘Mama could have taken the jacket even at 12 o’clock, but thank you for coming at 8 o’clock to disturb my sleep.’