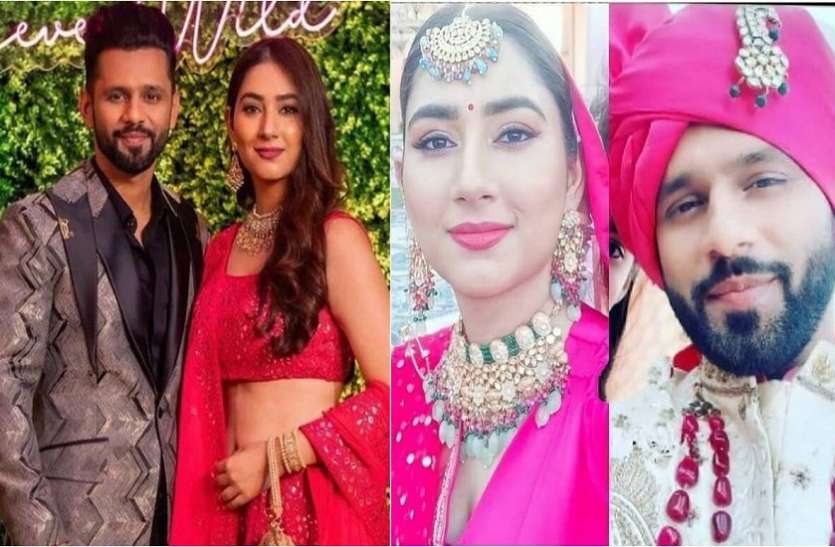 New Delhi. Many stars took part in TV’s popular reality show ‘Bigg Boss 14’. Singer Rahul Vaidya was also seen in this show. He might not have won the show but he was the first runner. He was also successful in winning the hearts of the fans. In the show itself, Rahul had expressed his love and proposed for marriage. He proposed TV actress Disha Parmar. After that Disha also answered yes to his proposal. But due to Kovid, the marriage of both got delayed.

marriage postponed due to covid
In the Bigg Boss show itself, Rahul Vaidya had said that he will marry Disha as soon as he leaves the show. But amidst the growing threat of Kovid, the wedding plan got postponed. But now it seems that soon the wait for the marriage of both is going to end. Because Rahul Vaidya has given a hint that he will soon reveal the date of marriage.

hint of marriage
Rahul Vaidya said in his conversation with ETimes, “Due to the corona virus pandemic, we had to cancel our marriage several times. Looking at the current situation, we can invite only 25 people. While I have at least my Would like the presence of close relatives and friends. However, we hope to announce the new date soon.” In such a situation, it may be that after the shooting of Khatron Ke Khiladi, Rahul and Disha can tie the knot. Let us tell you that these days Rahul Vaidya is busy shooting for the TV reality show Khatron Ke Khiladi 11. The show is being shot in Cape Town, South Africa.

Also read: Avika Gaur breaks silence on her affair with Manish Raisinghan, says – she is my father’s age

Appeared in music video
Rahul Vaidya’s girlfriend Disha is in Mumbai. In such a situation, she is missing Rahul a lot. Recently she also said that she is missing Rahul a lot and wants him to come back home soon. After which Rahul made fun of him leaving the reality show midway and coming back home. Let us tell you that Rahul Vaidya has also worked in music videos together. Some time ago his music video Madhanyan was released. The romantic chemistry of both was seen in this song. At that time both of them had also shared some pictures of their shooting, in which both were seen as bride and groom.