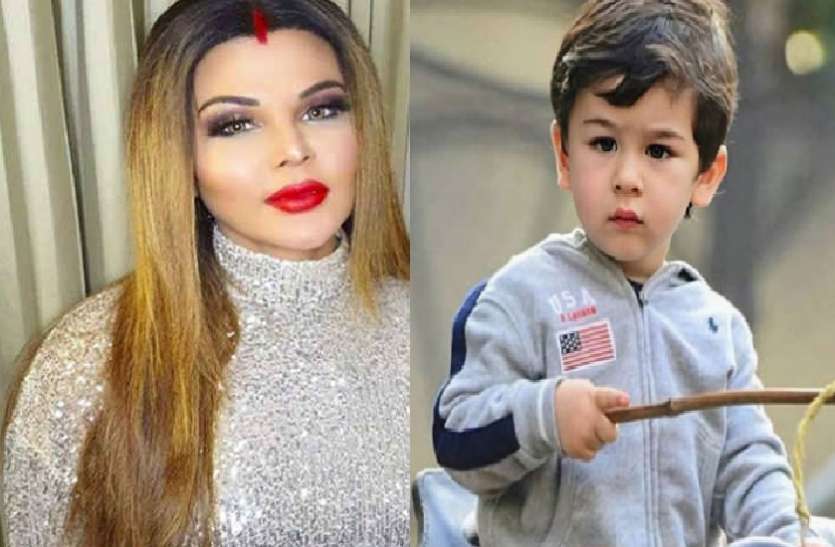 New Delhi. Rakhi Sawant, known as the drama queen of Bollywood, is once again making headlines. After leaving Bigg Boss, Rakhi has taken up many projects. A new video of which has been released recently, titled ‘Dream Mein Entry’. Now another statement of Rakhi is making a lot of headlines in which she is expressing her desire to become the mother of Kareena and Saif’s elder prince.

Rakhi Sawant now wants to play Taimur’s mother role on screen. Actually, during the rapid round fire, many questions were being asked to him. During this, he said that Taimur is a very cute child. He is also going to be a superstar like his parents. When Taimur grows up, I would love to play the role of his mother.

When Rakhi was asked which actress would she like to play a role in her biopic? In response, Rakhi said- My character is not that difficult, I am the struggling actress here. Any actress like this Vidya Balan, Alia Bhatt, Kareena Kapoor Khan, Priyanka Chopra Jonas can play my character. All this is experience of working in actresses. There’s a lot of talent. But if someday I get a chance to play Ranveer Singh’s carol, she will tell Deepika that let’s have a beautiful baby. Like Virat Kohli and Anushka Sharma.