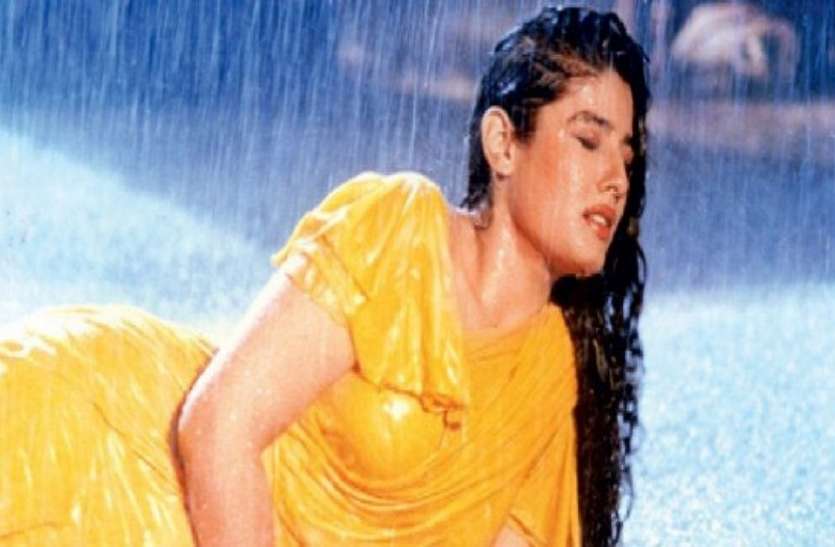 New Delhi. Bollywood actors Akshay Kumar and Raveena Tandon have worked together in many films. Their pair was well-liked. Their film ‘Mohra’ was released on July 1, 1994. Apart from Akshay and Raveena, the film also starred Suniel Shetty, Paresh Rawal, Gulshan Grover and Raza Murad in lead roles. The film proved to be a super hit. At that time the film was made on a budget of Rs 3.75 crore and at the box office, the film earned Rs 22.65 crore. The film gave new heights to the careers of Akshay and Raveena.

Also read: Sunny Deol is the ideal son of Dharmendra but till date he hesitates to embrace

Shooting of songs in difficult conditions
The film was a super hit. Also, its song Tip-Tip Barsa Pani also proved to be a tremendous hit. Even today this song can be heard on the tongue of the people. Whether it is a wedding or a dance function, this song is still popular everywhere. Akshay and Raveena gave very romantic scenes in the song. Raveena was looking very hot wearing a yellow sari. But the shooting of this song was done for four days in very difficult conditions. Raveena herself had disclosed about this in an interview.

shooting in high fever
Raveena told, ‘The song was shot in an underconstruction building. During the shooting, pebbles were pricking my feet. The water in the tank used in the shooting was also very cold. I got high fever because of getting wet in that water again and again. Raveena further said, to avoid the cold, I used to drink honey and ginger tea again and again on the sets. Not only this, during the shooting, my leg was chipped while moving round and round on my knees. I had to look very sexy in the song. In such a situation, it was very difficult for me to do all this in that condition.

The affair was going on during the shooting
Let us tell you that at that time there were reports that Akshay and Raveena were in a relationship during the shooting of this song. Both loved each other very much. Both had done many films together. The duo’s onscreen as well as offscreen pairing was a hit. It is also said that both of them got engaged. But then the news of their breakup started coming. It is said that Akshay started liking Shilpa Shetty. In such a situation, he broke up with Raveena.