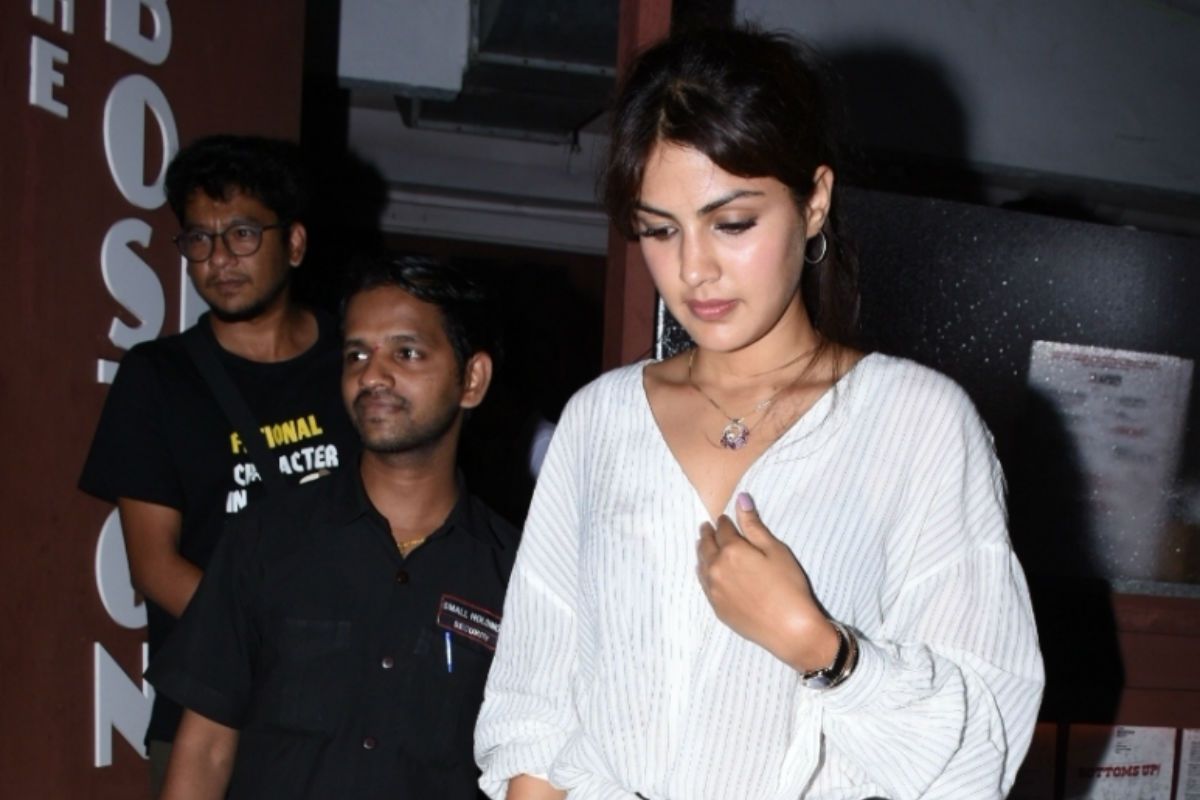 Rhea Chakraborty News: Patna Police Say They Haven’t Contacted Her Yet, Reports of Her Absconding Are False

After Sushant Singh Rajput‘s father lodged an FIR against Rhea Chakraborty alleging abetment of suicide, various reports suggested that the actor was missing from her residence in Mumbai while the Bihar police were looking out for her. Now, in an official statement given to Mid-Day, a Patna police personnel denied the reports of Rhea absconding. Also Read – SSR Case: Why Didn’t Sushant Singh Rajput’s Father Name Rhea Chakraborty in His Statement to Mumbai Police: Report

Vinay Tiwari, a Patna police official, said that they have not even tried to get in touch with Rhea yet as the case is still being investigated after SSR’s father filed an FIR. He added that the police are yet to decide on their next course of action and they will talk to Rhea if there’s a requirement. He was quoted saying, “Aisa kuch nahin hai. At this point, we are not even trying to trace Miss Chakraborty. Preliminary inquiry is underway. There are certain basic facts that are being investigated, following which we will decide on the course of action. As, when and if she is required, we will get in touch with her.” Also Read – Ankita Lokhande Shares Details About Her Last Chat With Sushant Singh Rajput to Bihar Police, Says ‘He Wanted to End Relationship as Rhea Chakraborty Harassed Him’

It took the family of SSR 44 days to accuse Rhea of abetment of suicide and allege that she has taken away a sum of Rs 15 crore from the late actor’s account. As per the FIR filed with the Patna Police, the actor has been booked under sections 341 (punishment for wrongful restraint), 342 (punishment for wrongful confinement), 380 (theft in dwelling house), 406 (punishment for criminal breach of trust), 420 (Cheating and dishonestly inducing delivery of property) and 306 (abetment of suicide). Also Read – ‘Gold Digger’! After Sushant Singh Rajput’s Father Files FIR, Kangana Ranaut Takes Dig at Rhea Chakraborty

As the FIR was filed, several questions were raised regarding the delay in the family’s decision to take the step. On Wednesday, the family’s lawyer, former additional solicitor general Vikas Singh mentioned that the family has been grieving and was in shock to see how Mumbai Police was moving the case’s direction somewhere else. In his statement to news agency ANI, he said, “FIR registered now as the family was in shock & Mumbai Police wasn’t registering FIR, but forcing them to give names of big production houses & get them involved. It was heading in a different direction.”

Sushant died on June 14 and the Mumbai Police said that he was found hanging to the ceiling fan of his apartment at Bandra’s Mont Blanc building. They have recorded the statement of around 40 people in the case including filmmakers Mahesh Bhatt, Aditya Chopra, Sanjay Leela Bhansali, Shekhar Kapur, and Dharma Productions’ CEO Apoorva Mehta. Filmmaker Karan Johar and actor Kangana Ranaut have also been summoned in the case.