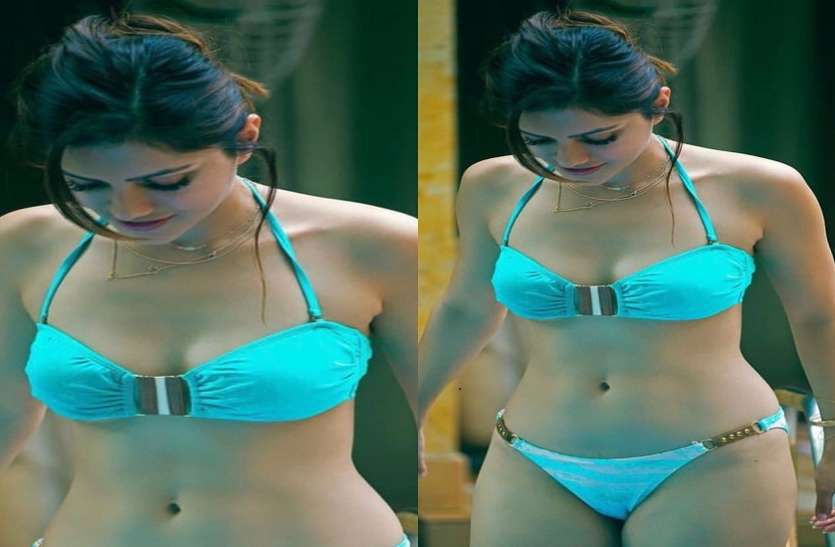 New Delhi. TV’s most popular actress Rubina Dilaik has been in the headlines since becoming the winner of ‘Bigg Boss 14’. Along with this, the actress is also very active on social media. Often Rubina keeps posting her pictures and funny videos for her fans, but recently Rubina has raised the temperature of social media by posting her glamorous picture. The actress posted a picture of herself in a blue bikini. Which is becoming increasingly viral on social media.

Rubina Dilaik raises the temperature in a blue bikini

Actually, Rubina Dilaik has posted a picture of herself on her official Instagram. After seeing this, his fans have become crazy about his killer style. In the photo, Rubina is seen landing in the pool wearing a sky blue bikini. This style of Rubina is being liked by her fans very much. Fans comments are not getting tired of praising Rubina. Let us tell you that recently a video song ‘Marjaaniyan’ was released with Rubina Dilaik and Abhinav Shukla. Which was well liked. Fans gave a lot of love to the pair of both in the video song.

Sharing the picture, Rubina Dilaik wrote in the caption that ‘She is longing for the holidays. She wants to have a beach, bikini and some pictures. Also Rubina informed that this glamorous picture of her has been clicked by none other than her husband Abhinav Shukla.

Was seen in Bigg Boss 14

Rubina Dilaik participated in Bigg Boss 14 with her husband Abhinav Shukla. Although Rubina was often seen on TV in a sari, but Rubina’s style won everyone’s heart in the Bigg Boss house. Rubina’s western look made everyone crazy about her. Also Rubina had revealed in the show that Abhinav and they were going to get divorced soon but after coming on the show they came to know the importance of each other. After which the couple postponed the decision of divorce.

Also read- When Rubina Dilaik became completely pauper, the makers of the show had to spread her hands for salary!

Will soon be seen in the role of Saumya

Talking about Rubina Dilaik’s workfront, soon the actress will be seen in the popular serial ‘Shakti: Astitva Ke Ehsaas’. Rubina is going to appear in the serial once again in the role of Saumya. For a long time, Rubina’s fans have been waiting for her return. On the other hand, if we talk about her husband Abhinav Shukla, soon she will be seen in the reality show Khatron Ke Khiladi.