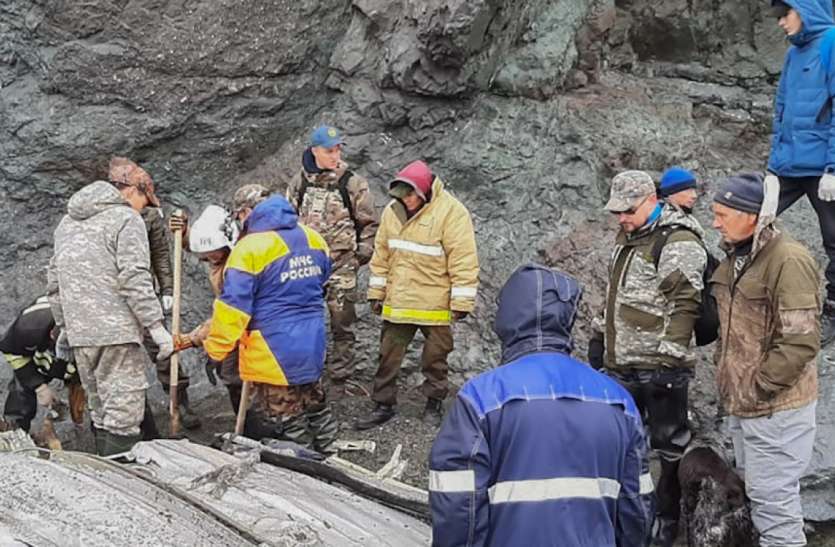 According to media reports, none of the 28 people on board the plane survived the accident.

Moscow. A clue has been found on the plane that went missing on Tuesday in the Russian Far Eastern region of Kamchatka. Part of an aircraft was found on the Okhotsk beach, five kilometers from the airport’s runway. It had to land here. According to media reports, none of the 28 people on board the plane survived the accident.

The Antonov An-26 plane, which was flying from Petropavlovsk-Kamchatsky to the city of Palana with 22 passengers and six crew, suddenly disappeared from radar before landing.

Kamchatka Governor Vladimir Solodov told the media that the main part of the plane was found on the ground near the beach, while the rest of the damaged part was found near the shore.

The aircraft belonged to the Kamchatka Aviation Enterprise Company. According to state media, the aircraft was in service since 1982. The company’s director Alexei Khabarov told the Interfax agency that there was no technical fault with the plane before take-off.

read this also: This post office scheme makes money double, you can start investing with 1000 rupees

According to officials, investigation has been started in the matter. Sergei Gorb, deputy director of Kamchatka Aviation Enterprise, said the plane crashed after hitting a sea cliff. A Kamchatka government spokesman said the plane lost contact about 10 kilometers (six miles) from Palana’s airport when it was about to land.

READ Also  How Do You Teach 6-Year-Olds Their Legal Rights?