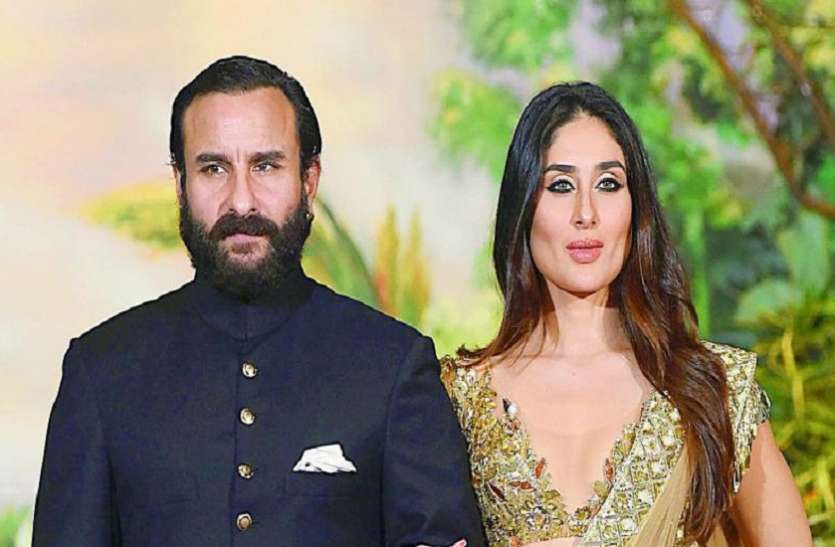 Saif Ali Khan feels very scared of Kareena Kapoor, said – if I did this, she would have killed me

New Delhi. The pairing of Bollywood actors Saif Ali Khan and Kareena Kapoor is very much liked. Both got married in the year 2012. Since then both are enjoying married life together. Both are called the power couple of Bollywood. Both remain in the headlines every day. Now in a recent interview, Saif Ali Khan revealed many interesting things about Kareena Kapoor.

Last year, gyms, salons etc. were all closed during the lockdown during the Corona period. In such a situation, along with the common people, the celebs also cut their hair at home. Due to this, Saif was asked in the interview whether he had cut his hair in Kareena Kapoor’s house during the lockdown last year? To this Saif replied in a very funny way.

Saif Ali Khan said, ‘If I had done this, she would have killed me. It would have been very unprofessional for me to cut his hair. He is a national asset. We are still working and don’t play with each other’s hair. She could have cut my hair but luckily it didn’t. In this interview, Saif also told that earlier his hair used to be very bad.

Please tell that Saif Ali Khan and Kareena dated each other for a long time before marriage. After that both got married in the year 2012. After marriage, in the year 2016, Kareena gave birth to her first child, Taimur Ali Khan. Taimur had become a star since birth. People are desperate to get a glimpse of her and now in February this year, Kareena has given birth to her second son. The name of the second son was kept hidden by Saif and Kareena for a long time. But recently he revealed that the second son has been named Jeh Ali Khan. After the birth of Jeh, Kareena is enjoying maternity break these days.