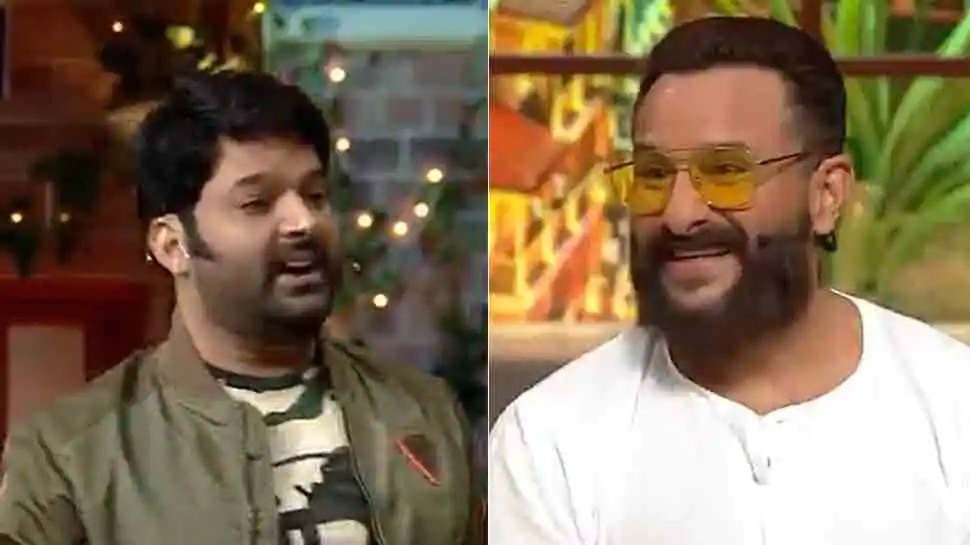 Saif Ali Khan Statement on the kapil sharma show gone viral | Saif Ali Khan’s tenants complain like this, said – I am the Nawab only in name

New Delhi: In the comedy show ‘The Kapil Sharma Show’, the stars openly express their views. A few days ago, Saif Ali Khan, Jacqueline Fernandez and Yami Gautam had arrived to promote ‘Bhoot Police’ and during this Saif Ali Khan told such things about himself that everyone was surprised.

Stories of Saif, Jacqueline and Yami

Kapil Sharma has shared that ‘Uncensored’ version of ‘The Kapil Sharma Show’ in which the starcast of the film ‘Bhoot Police’ was seen. Saif Ali Khan, Jacqueline Fernandez and Yami Gautam had a great time on the show and told some interesting stories from real life experiences.

On the show, Kapil asked Jacqueline about renting out Priyanka Chopra’s bungalow in Mumbai. To this the actress said, ‘Yes, this is a beautiful house.’ After this, Kapil asked Saif about giving his property on rent. On this the actor said, ‘Yes and as soon as the registration was done, the news became viral on the internet and till then I had not even reached home.’

Saif, in a fun-filled mode, told how he attends calls from troubled tenants who complain to him about AC breakdown or leakage in the house. He told, ‘I get calls that this AC of AC is leaking here, so after attending these calls, I felt that a manager would have to be hired.’ Saif further told that earlier he used to do all this.

Not only this, Kapil also questioned Saif about the actor in the web series ‘Tandav’ and the earnings earned by renting Pataudi Palace for shooting. Saif laughingly accepted the money received from both of them but at the same time said that the income from the ancestral house goes to his mother Sharmila Tagore. The actor said, ‘She takes my mother. I am only a Nawab in name.

Shruti Haasan went topless to show off her tattoo