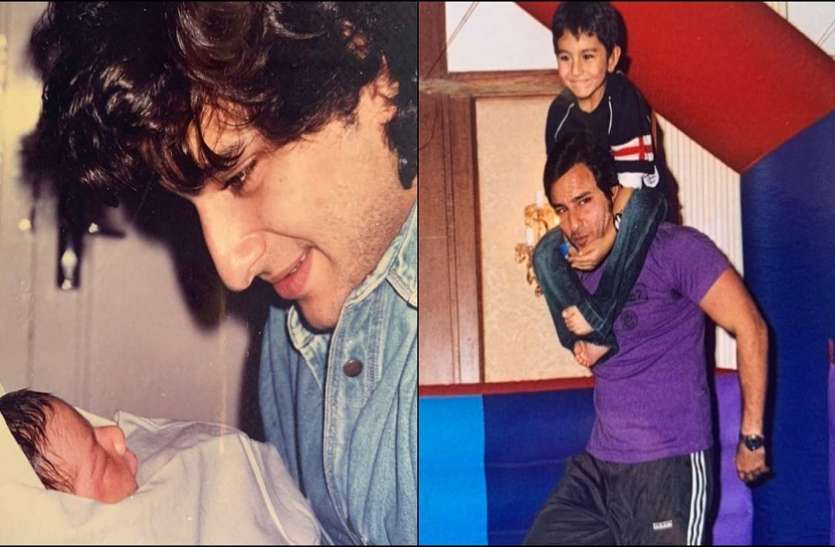 New Delhi. Bollywood actor Saif Ali Khan remains in the headlines for his personal life more than films. Saif has done two marriages. His first marriage was with actress Amrita Singh. Both had done love marriage. There was an age gap of 12 years between the two. But despite this, both of them fell in love with each other. Both of them got married against the wishes of the family members. After marriage, Amrita gave birth to two children Sara Ali Khan and Ibrahim. But after a few years of marriage, distance started coming between Saif and Amrita and they got divorced in the year 2004.

i miss the kids
Saif Ali Khan had said, “My wife Amrita and I decided to go our separate ways. I respect her a lot but why am I reminded every time that I am a very bad husband and a very bad father. I always had my son Ibrahim’s photo in my wallet. Whenever I saw that picture, I used to cry a lot. I used to miss my daughter Sara a lot. But I was not allowed to meet her. My children neither met me Nor was she allowed to be alone with me. Because at that time there was a woman in my life who could instigate my children against their mother. It was very absurd. When Amrita is out of work So my children have to live with relatives.”

Saif and kids bonding
Let us tell you that there is a very good bonding between Saif Ali Khan and his children. Sara and Ibrahim are often spotted at Saif’s house. Not only this, both of them have a good bonding with Kareena Kapoor. All four party together and on every special occasion, everyone celebrates together.