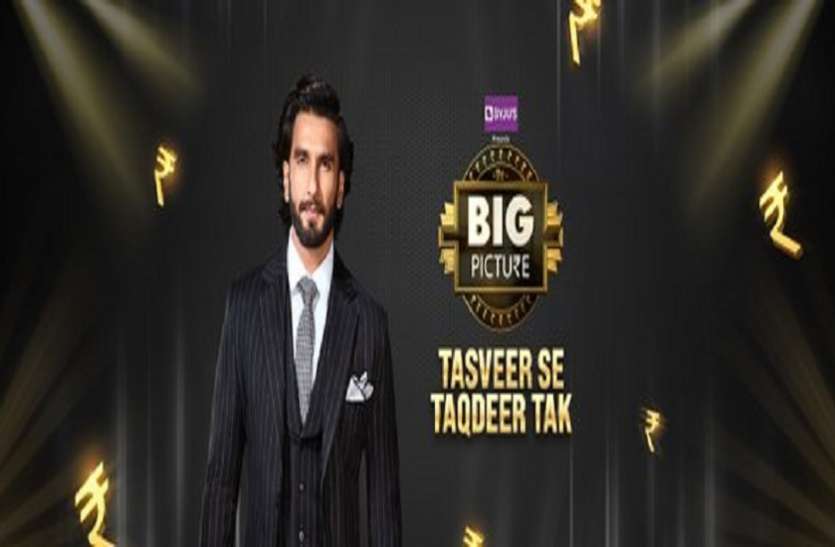 New Delhi. Bollywood superstar Ranveer Singh, after making his mark on the big screen, is now making up his mind to come on the small screen. He will soon be making his new debut as a host for the game show ‘The Big Picture’ coming soon on Colors. He will be joined by Salman Khan who has joined the board to host the show. Salman Khan will not host the show but will produce it. This is the first time that Salman Khan and Ranveer Singh have joined hands with each other for a show.

Salman Khan has said during an interview that it is the perfect platform for any artist to work on the small screen and I am excited to see Ranveer Singh coming on this platform. Salman’s association began as the host of the popular reality show Bigg Boss. Now Bhaijaan is all set to co-produce the new quiz show. The teaser of the show was released on Saturday where Ranveer is seen explaining the format of the show in his own style.

Read More:-Ranveer Singh has already put his heart with these beauties before Deepika, these names will surprise

Regarding the TV debut, Ranveer Singh has said that- ‘As an actor, I myself am ready to learn new things. Indian cinema has undoubtedly given me everything. This has been the biggest platform for me as an actor to take my talent to the masses. I have got immense love from the people of India. Now I am making my TV debut with this show ‘The Big Picture’ and want to associate with him in a very unique and engaging way.