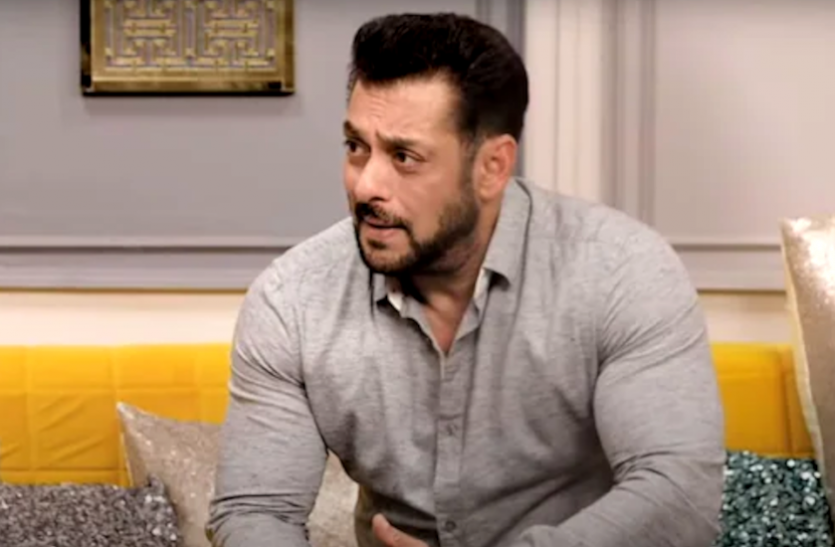 Mumbai. Actor Salman Khan was recently seen in his brother Arbaaz Khan’s talk show ‘Pinch 2’. In this show, Salman replied to the sharp comments of the trolls. Arbaaz selectively told those social media tweets to Salman, on which the actor was sure to get a befitting reply. In one of these comments, the troller accused Salman that he has a wife named Noor in Dubai and a 17-year-old daughter. On this, Salman said that this is all nonsense.

‘He is in Dubai with his wife Noor and 17-year-old daughter’
Arbaaz Khan read out a tweet to Salman in his show ‘Pinch 2’. It was written in this tweet, ‘Where is the coward sitting hiding. Everyone in India knows that you are in Dubai with your wife Noor and 17 year old daughter. Till when will the people of India be fooled.’ Salman was shocked to hear this comment. He said, ‘Who is this for?’ On this, Arbaaz told that this comment is for Salman only.

Finally the wait is over!

First episode of #QuickHealPinchByArbaazKhan season 2 is out now!
First episode had to be a special one and this one is extra special because it’s with my bade bhaiya @BeingSalmanKhan!
Watch now! https://t.co/KJuoLZNo0O

‘Brother, I don’t have a wife’
Responding to this comment, Salman said, ‘These people have the right information. This is all bullshit. Does this person really think I’ll give this any respectful answer? Brother, I don’t have a wife. I have lived in India in Galaxy Apartments since I was 9 years old. I will not answer this person, the whole of India knows where I live.’ Arbaaz said in this conversation that he knows that most of the comments coming on social media are positive, but some are very negative.

Salman was not called in the first season of ‘Pinch’ because
Significantly, the names of Tiger Shroff, Kiara Advani, Farhan Akhtar, Ananya Pandey, Farah Khan and Rajkummar Rao are among the guests coming in Arbaaz’s show ‘Pinch 2’. Arbaaz had told in an interview that Salman Khan was deliberately not included in the first season of the show as he wanted him to be successful on his own before calling Salman.