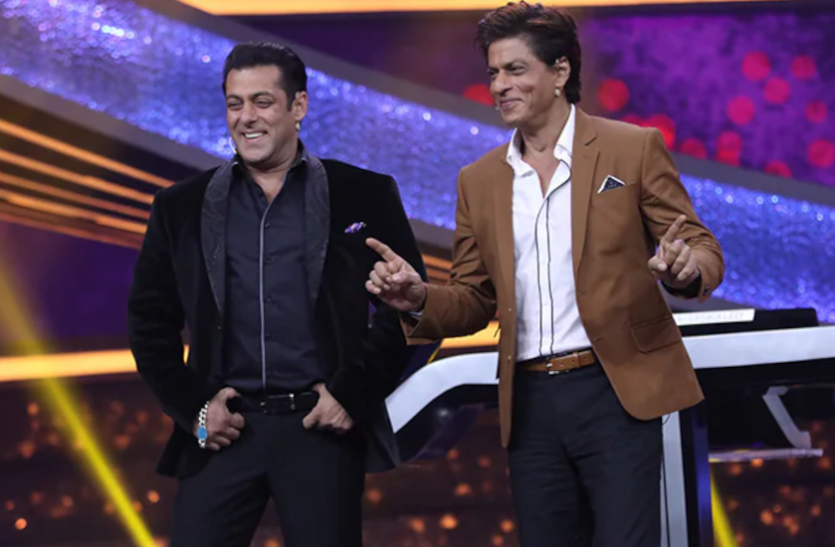 Mumbai. Bollywood actor Shahrukh Khan is shooting for his upcoming movie ‘Pathan’. The shooting of his film has started in a studio in Mumbai. Apart from Shahrukh, Deepika Padukone and John Abraham will also be seen in this movie. The special thing is that Salman Khan will also be seen in a cameo in this. Salman and Katrina Kaif will shoot for ‘Tiger 3’ in the studio where ‘Pathan’ is being shot. In this way Shahrukh and Salman will become neighbors. Their association will last till the middle of August.

Neighbors will stay till mid-August!
Salman Khan and Katrina Kaif shooting for their upcoming film ‘Tiger 3’ was stuck for a long time. Now there are reports of its launch soon. According to a report in ETimes, Salman and Katrina will soon join Shah Rukh in the studio in Mumbai. Both the stars will complete their shooting in this studio and leave for their international shoot schedule. Earlier the shooting of Salman and Shahrukh’s films had to be stopped due to the Corona lockdown. During this, the makers also had to bear the extra cost without taking up the set.

Each other’s cameos in both the stars’ films
Shahrukh Khan will also be seen doing a cameo in his film ‘Tiger 3’ like Salman. The producers of these two films are trying to make the two stars meet in this way. As per reports, Salman has already shot the cameo part in ‘Pathan’. Significantly, both ‘Pathan’ and ‘Tiger 3’ are spy thrillers.

READ Also  BTS' V Fans In China Raise $1.1 Million In Just One Hour For His Birthday

Also read: Salman Khan’s ex-girlfriend did not talk to the actor for 5 years, does not know how many girlfriends have been there

workfront
Emraan Hashmi will be seen in the role of a villain in Salman Khan-Katrina Kaif’s ‘Tiger 3’. The director of this film is Manish Sharma. Emraan has also worked on his body for the film. He is often seen sharing photos while spending time in the gym. At the same time, the director of Shahrukh’s ‘Pathan’ is Siddharth Anand. There are also reports of cameo roles in Salman’s upcoming movies ‘Antim: The Final Truth’, ‘Kabhi Eid Kabhi Diwali’, ‘Kick 2’ and Aamir Khan’s movie ‘Lal Singh Chaddha’.