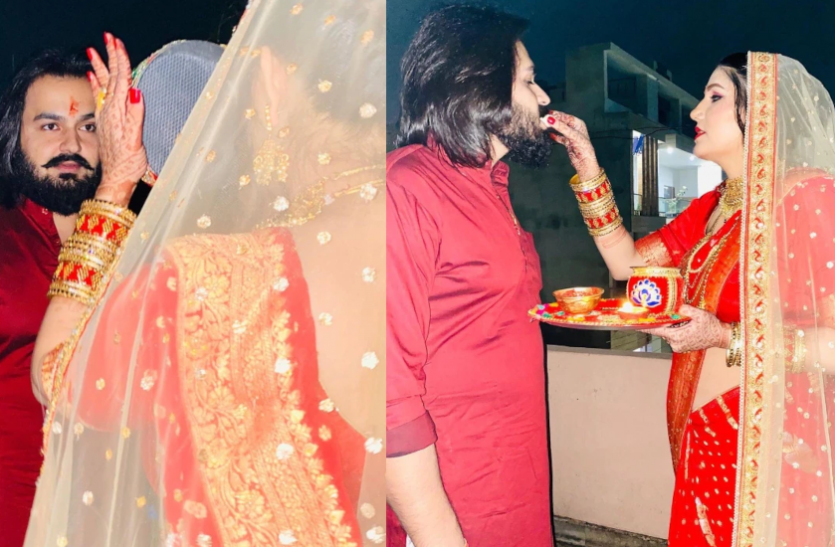 Sapna Choudhary Marriage Date Revealed By Herself On Social Media

Mumbai. Many actresses also crave for the popularity that Haryanvi singer and former Bigg Boss contestant Sapna Choudhary has gained from her song and dance videos. Even without doing any big movie, Sapna has got recognition all over North India. Especially with his entry in Bigg Boss, he got recognized across the country. Sapna Chaudhary, who was completely active on social media, got married secretly last year. Now after a year and a half after this, Sapna has revealed about the date of her marriage.

was married in secret

Actually, recently Sapna had an ‘Ask Me Anything’ session with the fans on her Instagram. In this session, Sapna answered many questions of her fans. During this, the fans asked questions from both personal and professional level. During this session a fan asked what is the date of their wedding anniversary. To this, Sapna replied on January 24, 2020. This answer of Sapna is also special because her fans came to know about Sapna’s marriage when she became the mother of a son. This was a blow to his fans. However, Sapna’s husband Veer Sahu had told on Facebook Live video that due to the death of one of his close relatives, he could not organize a big wedding. Only a few family members of both had become witnesses of the marriage. Sapna kept silent about this for a long time.

Also read: When Sapna Choudhary became a victim of Oops moment while dancing on stage

Also read: Sapna Chaudhary dressed up like a new bride, pictures in saree are going viral

Will introduce you to son soon
In this Ask Me Anything session of Sapna, another fan asked by what name she affectionately calls her husband Veer Sahu. On this Sapna jokingly told that she affectionately calls her husband ‘Pati’. Another fan requested Sapna to introduce her to her son. On this Sapna said that she will introduce her son soon and will also come live soon. Another user asked, ‘Why are you changing yourself so much?’ To this the singer replied, ‘No one can change himself. I am just trying to improve my work.