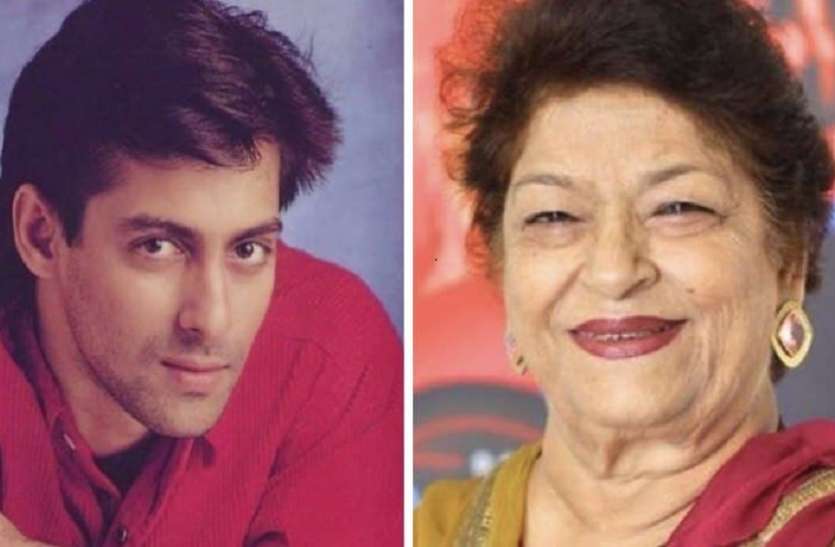 New Delhi. Bollywood’s famous choreographer Saroj Khan has taught dance from Madhuri Dixit to Kareena Kapoor Khan. It was the dream of all the actresses of the industry to work with Saroj Khan at least once. Of course now Saroj Khan is no more in this world but even today she is remembered in the industry. Saroj Khan died on 3 July 2020 due to cardiac arrest. The special thing was that Saroj Khan was as famous for her choreography. Equally she was also for her impeccable style. Because of this also Saroj Khan used to live in controversies. You will be surprised to know that Saroj Khan has also clashed with actor Salman Khan. when

Salman started getting very angry on Saroj Khan about this and while telling lies, he even said that when he becomes a superstar, he will never work with her. Saroj Khan was quite surprised to hear this.

Saroj Khan was very angry with this talk of Salman Khan. He immediately gave a befitting reply to Salman Khan. He reprimanded Salman Khan and said that “Allah gives you roti, not you. If I have talent, then no one else will do the same work as me.”

In the interview, Saroj Khan told that she was teaching steps to Salman according to the situation of the song. She was explaining the steps to the actors as they were told by the director and keeping in mind their characters, she prepared those steps.

Also read- Saroj Khan married 43-year-old dancer at the age of 13, became a mother at 14 and raised her children alone

Many stories of Saroj Khan’s impetuosity are famous in the industry. Saroj Khan once slapped even superstar Shahrukh Khan. It is said that when Shahrukh Khan’s career started, he used to work in many shifts. Because of which he used to get very tired. Once he told Saroj Khan, who was sitting on the set, that it is so much work that he gets tired. On hearing this, Saroj Khan slapped him strongly and said that never say that there is more work. There is never much work in this field. Let us tell you that Shahrukh Khan was very close to Saroj Khan.