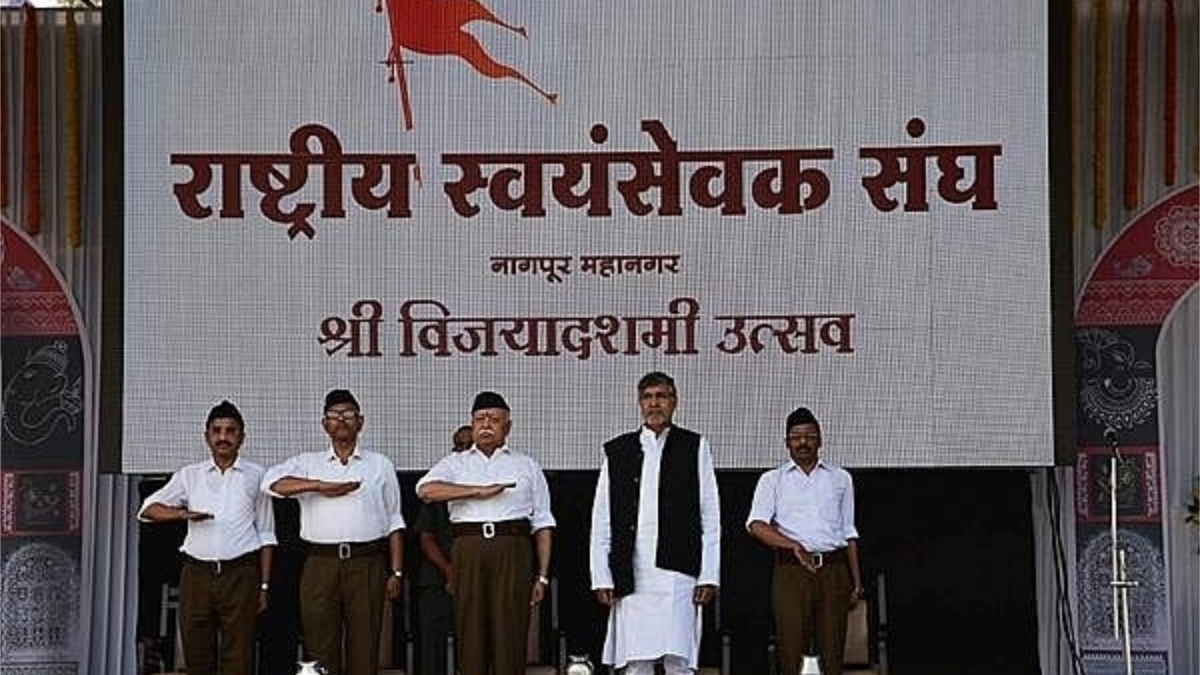 Giving information, Nagpur Police Commissioner Amitesh Kumar said that we had received information that some terrorists of Jaish-e-Mohammed had conducted recce of some places in Nagpur, after which we took action and registered a case under UAPA.

Security has been beefed up at the Rashtriya Swayamsevak Sangh headquarters in Nagpur. Nagpur Police has beefed up security after Pakistan-based terrorist organization Jaish-e-Mohammed conducted a recce of the RSS headquarters.

Giving information, Nagpur Police Commissioner Amitesh Kumar said that we had received information that some terrorists of Jaish-e-Mohammed had conducted recce of some places in Nagpur, after which we took action and registered a case under UAPA. Crime Branch is investigating. We have beefed up security at all places.

However, Commissioner of Police Amitesh Kumar, in an interview to a media channel, refused to divulge more details as the matter was sensitive. But according to information received from other police sources, the terrorists of Jaish-e-Mohammed conducted recce of the RSS Headquarters and Hedgewar Bhawan. Police sources said that these terrorists had come to Nagpur from Srinagar a month ago and stayed in the city for a few days. A case has been registered in this regard and the crime branch has formed a team to trace the terrorists. Police have beefed up security arrangements outside the RSS headquarters in Nagpur.

Let us inform that the All India Coordination Meeting of the Rashtriya Swayamsevak Sangh began in Hyderabad on Wednesday. The meeting lasted till Friday. Sarsanghchalak Mohan Bhagwat, Sarkaryavah Dattatreya Hosabole, BJP’s organization minister BL Santosh and key office-bearers of all affiliated organizations attended the meeting.

The Rashtriya Swayamsevak Sangh on Friday also raised the issue of security lapses during Prime Minister Narendra Modi’s visit to Punjab in Hyderabad and said it was not good that persons holding high constitutional posts should remain trapped. Sangh’s Saha Sarkaryavah Manmohan Vaidya told reporters that this is a serious issue. This is also being investigated. The government will do its job. It is not good for people holding high constitutional posts to be trapped like this. This is not good for the country.

BJP of 42 is heavy on Congress of 137: No face, no permanent president in the midst of breakups… know why INC kept on...