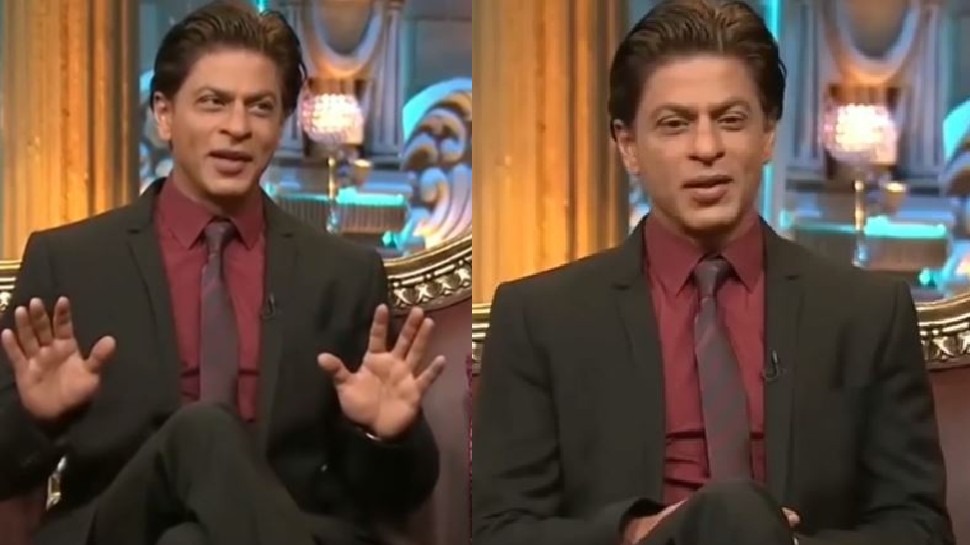 New Delhi: Shah Rukh Khan, the king of Bollywood, has a lot of fans not only in India but also abroad. His fans are ready to do anything for him. Shahrukh also loves his fans very much. Many fans also wait for hours to meet him, but hardly anyone would know his old name. Yes, the name of the actor was something else earlier, whose entire story was narrated by Sharukh Kan himself. He had told how he got his name Shahrukh Khan.

When Shahrukh told his old name

Shah Rukh Khan had told in Anupam Kher’s chat show that his old name was Abdul Rehman, which was not registered anywhere, but that was his first name. His name was later changed to Shahrukh Khan by his father. Also, Shahrukh had told that Nani wanted his name to remain Abdul Rehman.

Nani had kept this name

Shah Rukh Khan while talking to Anupam had said, ‘Nani had named me Abdul Rehman, she wanted this name to be the same. I used to think that it would not have been good if Baazigar Starring Abdul Rahman was there. He further says, ‘My father named me Shahrukh Khan. My sister’s name was Lalarukh and mine was Shahrukh. The sister was named after a poem. My name means face like a prince.

At the same time, Shah Rukh Khan said that his cousins ​​used to tease him even after growing up by his old name. Shahrukh says, ‘My cousins ​​used to say, when you get married, they will sing the song – Abdul Rehman of Abdul Rehman.’ Both Shahrukh and Anupam Kher started laughing after telling a funny anecdote. Shahrukh also said, ‘My father thought my face like Prince and I joke that my face looks like Prince Charles, because I have a big nose.

Let me tell you, no film of Shah Rukh Khan has been released for a long time. Fans are waiting for Shahrukh’s film. Shahrukh’s film ‘Pathan’ will be released soon to entertain the audience. Deepika and John Abraham will be seen in the film with Shahrukh Khan.

Also read: Anupama will completely change the game plan, with one of her moves will make Kavya eat all four