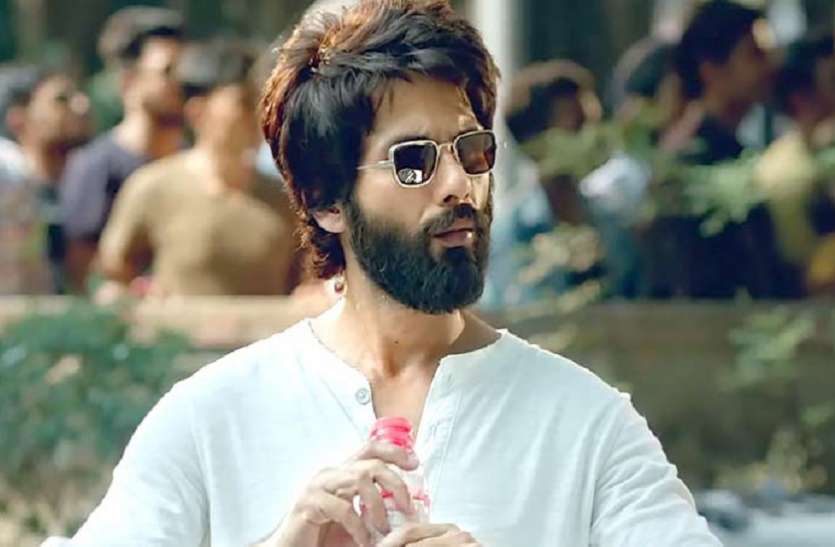 shahid kapoor had to smoke 20 cigarettes a day for role

New Delhi. Bollywood actor Shahid Kapoor’s films are very much liked. He has worked in many superhit films till now. But his most superhit film till now has proved to be ‘Kabir Singh’. This film created panic at the box office. It earned a lot of money and made many records in its name. In this film, actress Kiara Advani was in the lead role with Shahid Kapoor. The chemistry of both was well-liked. But do you know that Shahid Kapoor had to smoke 20 cigarettes a day for his role in the film.

Also read: Arjun Kapoor got a tattoo done on his hand for his sister Anshula

Played the role of an eccentric lover
It has been two years since the release of ‘Kabir Singh’. The film was released on June 21, 2019. Shahid Kapoor played the role of a young boy in the film. He was portrayed in the role of an eccentric lover who drowns himself in an addiction. Shahid is shown consuming a lot of alcohol and cigarettes in the film. In such a situation, Shahid had to smoke 20 cigarettes a day to do this role. Whereas Shahid does not smoke in real life.

16 years of work
Talking about this, Shahid Kapoor had said, ‘I do not support smoking. But the role needed it. It was not easy. There was a time when I had to smoke 20 cigarettes a day. After that I had to take a bath for two hours before going home to my kids to get rid of the cigarette smell. Apart from this, Shahid Kapoor had said about Kabir Singh in an interview, ‘Kabir Singh was a very special film. This year is also special. I think Kabir Singh is the fruit of my 16 years of work. Sometimes you have to wait for your right time. You get success only when the time comes. It’s about getting the opportunity. The right time needs to come.