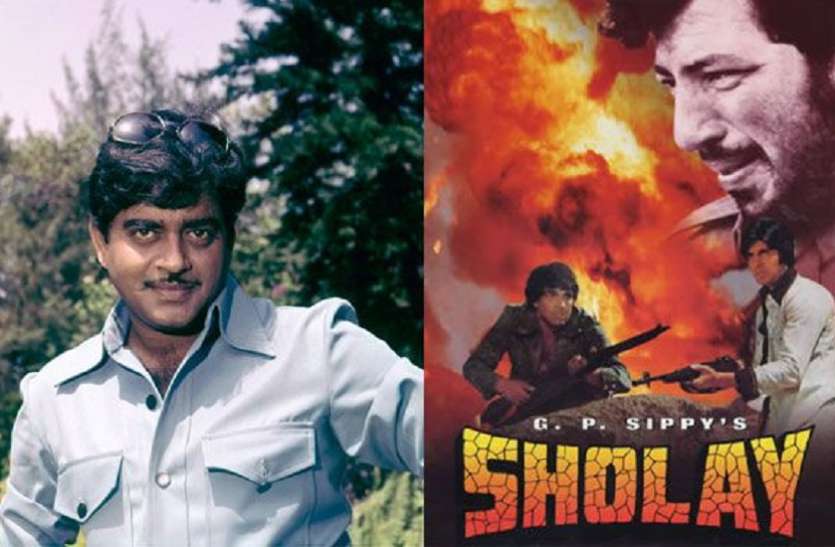 Shatrughan Sinha Reveals Why He Had to turn down sholay

New Delhi. Hindi cinema’s iconic film ‘Sholay’ is one of the most favorite films of the audience even after years. Sholay is that film, from whose actors to animals became famous. Superstars Amitabh Bachchan, Dharmendra, Hema Malini, Sanjeev Kuma and Jaya Bachchan were seen in the lead roles in the film. Everyone got a lot of fame and name from the film. Well, Bollywood’s Veteran actor Shatrughan Sinha could also be a part of this film. If he had refused to do the film. Let us tell you this unheard anecdote related to the film Sholay.

Why Shatrughan Sinha turned down the film

Actually, recently actor Shatrughan Sinha appeared in the TV reality show Indian Idol with his wife Poonam Sinha. Both became a part of the guest show as a guest. Where he narrated an anecdote about the film Sholay while talking to the contestants. He told that ‘When Sholay film was being made. Then he got an offer to do it. But refused to do so. Shatrughan says that at that time he was shooting for two consecutive films. Because of which he could not do Sholay.

Shatrughan Sinha said that he was also sad about this but was also very happy. Because he felt that Amitabh Bachchan got the biggest break of his life from this film. who are very good friends of his. Shatrughan Sinha told that this thing is very common for an artist because often he has to leave some films due to lack of dates.

Also read- Shatrughan Sinha is hurt for not being able to end the enmity with Rajesh Khanna, wanted to apologize by hugging him in the hospital

Let us tell you the way Shatrughan Sinha regrets not doing ‘Sholay’. Similarly, Amitabh Bachchan is also very sorry for not doing the film ‘Kali Charan’. But due to many reasons Amitabh Bachchan could not work in the film Kali Charan. By the way, the names of not only Amitab Bachchan, Shatrughan Sinha but also Rajesh Khanna, Shahrukh Khan, Sunny Deol are included in this list. Who refused to do the film for one reason or the other and later regretted it.

Also read- Sonam Kapoor had a hard time wishing Satrughan Sinha a birthday, trolling even after the post is deleted

The success of the film ‘Sholay’ is not hidden from anyone. The film ‘Sholay’ was the highest grossing film of its time. As well as the national bird of the country is the peacock. In the same way, Sholay is also seen as the national film of India. The story of this film was written by famous writers Salim Khan and Javed Akhtar. The pair gave many beautiful films to Hindi cinema. But after some time due to the rift between the two, this superhit couple broke up. According to the news, a film is being made on both of them soon. About which the market of news is very hot.