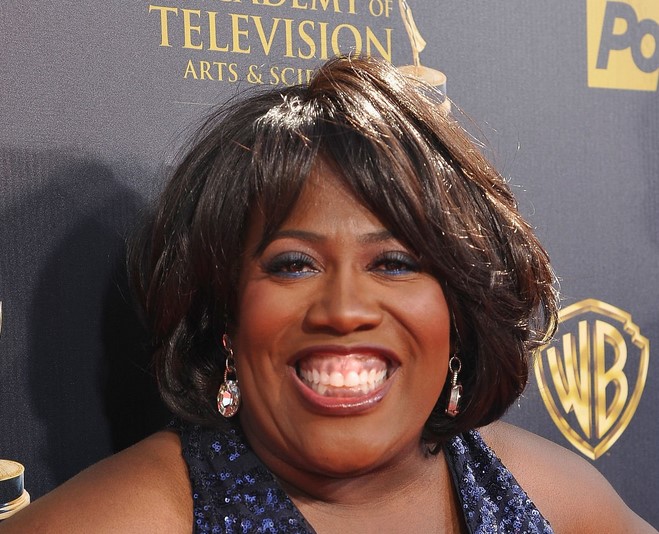 What Is Sheryl Underwood’s Net Worth and Salary?

Sheryl Underwood was born Sheryl Patrice Underwood on October 28, 1963, in Little Rock, Arkansas. She was born with a twin, but sadly, her twin did not survive. Underwood has said that her mother lied and told her that her father murdered her twin and that her mother once stabbed her father. Sheryl has an older brother named Michael, and her older sister, Frankie, was diagnosed with polio as a child. Frankie is disabled, and she moved in with Underwood after the death of their mother in 1997. Sheryl helped take care of Frankie during her childhood and has said of that time, “I was becoming an adult at 8 years old.” Underwood attended the University of Illinois at Chicago, where she joined the Zeta Phi Beta sorority and graduated with a Bachelor of Arts degree in liberal arts. She then enrolled at Governors State University, earning master’s degrees in mass communication and media management. After college, Underwood enlisted in the United States Air Force, serving two years in the reserves.

After making it to the finals in the 1989 Miller Lite Comedy Search, Sheryl appeared on “Def Comedy Jam” (1992), “Showtime at the Apollo” (1994), and “Make Me Laugh” (1997). In 1998, she made her big screen debut in the Warren Beatty comedy “Bulworth” and played Bad Mouth Bessie in “I Got the Hook-Up.” She reprised her role in 2019’s “I Got the Hook Up 2.” In 2002, Underwood guest-starred on The WB sitcom “Nikki” and appeared on “Tough Crowd with Colin Quinn,” then in 2003, she starred in her own episode of “Comedy Central Presents” and was featured in the TV documentary “Heroes of Comedy: Women on Top.” In 2005, she played Catfish Rita in “Beauty Shop” alongside Queen Latifah, Djimon Hounsou, Alicia Silverstone, Alfre Woodard, Sherri Shepherd, Andie MacDowell, and Kevin Bacon, and she appeared in the TV movie “Getting Played” and the television documentaries “Made You Look: Top 25 Moments of BET History” and “A Comic’s Climb at the USCAF.” That year Sheryl also began hosting “BET’s Comicview,” and from 2007 to 2010, she appeared on “1st Amendment Stand Up” four times, twice as a host and twice as a performer. She became a contributor on “The Steve Harvey Morning Show” in 2010, and she has hosted the radio shows “Sheryl Underwood and Company” and “The Sheryl Underwood Show.”

In 1987, Sheryl married a chef named Michael, and on her first episode of “The Talk” in 2011, she revealed that he died by suicide three years into their marriage. In 2016, she told “People” magazine, “I made him a German chocolate cake that morning, and I said, ‘Drop the bills in the mailbox and I’ll see you when you get home.’ It’s the most painful thing in the world because he is not coming back.” After graduating from college, Underwood was raped by an unknown assailant. She spoke about the traumatic experience in a 2017 episode of “The Talk,” stating, “I remember having a ‘this is it’ moment when I was raped. I just kept thinking, ‘This ain’t it. I am not going to die today. I refuse to die today. It’s not going down like this.’ So the only thing I thought was: ‘What do I do to survive?'”

Though Sheryl has generally voted Republican, she campaigned for President Barack Obama in 2012 and for Hillary Clinton in 2016. Underwood was elected International President of Zeta Phi Beta Sorority in 2008, and she has served as a  Graduate Member at Large, National Chair of Honorary Members, and National Executive Board Chair as well. Sheryl is also a member of the NAACP and the National Council of Negro Women and the founder the African-American Female Comedian Association. She has received honorary doctorates from the University of Illinois-Chicago, South Carolina State University, Benedict College (Columbia, SC), and Voorhees College (Denmark, SC).

Between 2014 and 2020, Underwood and her “The Talk” co-hosts earned seven Daytime Emmy nominations, one for Outstanding Talk Show Host and six for Outstanding Entertainment Talk Show Host. They won the Daytime Emmy for Outstanding Entertainment Talk Show Host in 2017, and the previous year, they earned a People’s Choice Award for Favorite Daytime TV Hosting Team. In 1994, Sheryl received BET’s Funniest Female Comedian on “Comic View” award, and she won the Platinum Mic Viewers Choice Award at the 2005 BET Comedy Awards. Underwood has also been honored with Johnson C. Smith University’s Arch of Triumph Award and a UNCF Masked Award.