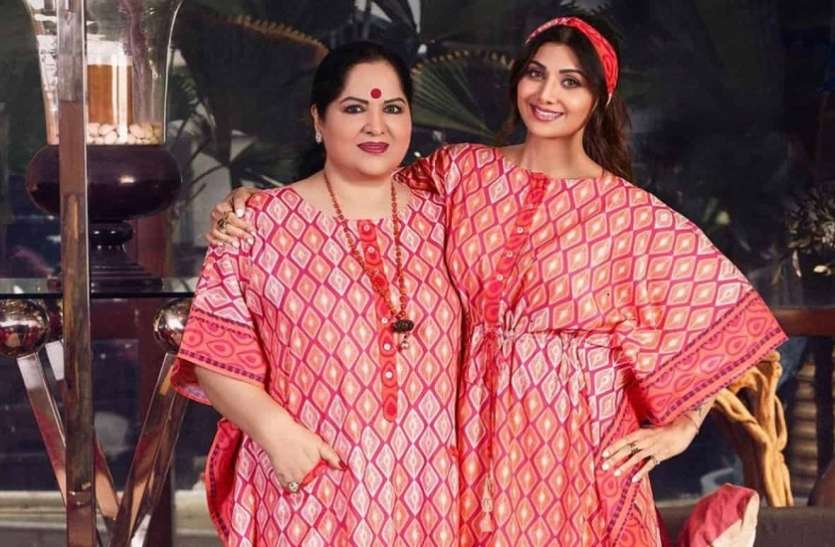 New Delhi. Bollywood actress Shilpa Shetty is going through a very bad time right now. Her husband has been arrested by Mumbai Police for pornography video. Shilpa Shetty’s image has completely tarnished due to the arrest of husband Raj Kundra. Meanwhile, big news is coming out about Shilpa Shetty’s mother. Shilpa’s mother Sunanda Shetty has filed a fraud complaint status. After which Shilpa’s family has once again come into the limelight.

Shilpa Shetty’s mother Sunanda Shetty has lodged a complaint against Sudhakar Ghare at Juhu Police Station. This complaint has been made regarding the land Karjat district Raigad. Shilpa Shetty’s mother told Police that she had made a land deal from Sudhakar to Karjat from 2019 to February 2020. Sunanda told that the person had told at that time that the land belonged to him. For which he had also shown fake papers. That person had sold him that land for 1 crore 60 lakhs.

Also read- When actress Shilpa Shetty was seen on the streets without wearing pants, the picture went viral again

Police engaged in investigation of the case

When Sunanda Shetty came to know about this, she asked that person. Sudhakar told that he is close to a leader. Also told him to go to court. After which Sunanda went to court and after the order of the court, the police has started investigating the matter. In this case of Sunanda Shetty, the police have registered a case under sections 406, 409, 420, 462, 467, 468, 471, and 506 of the IPC.