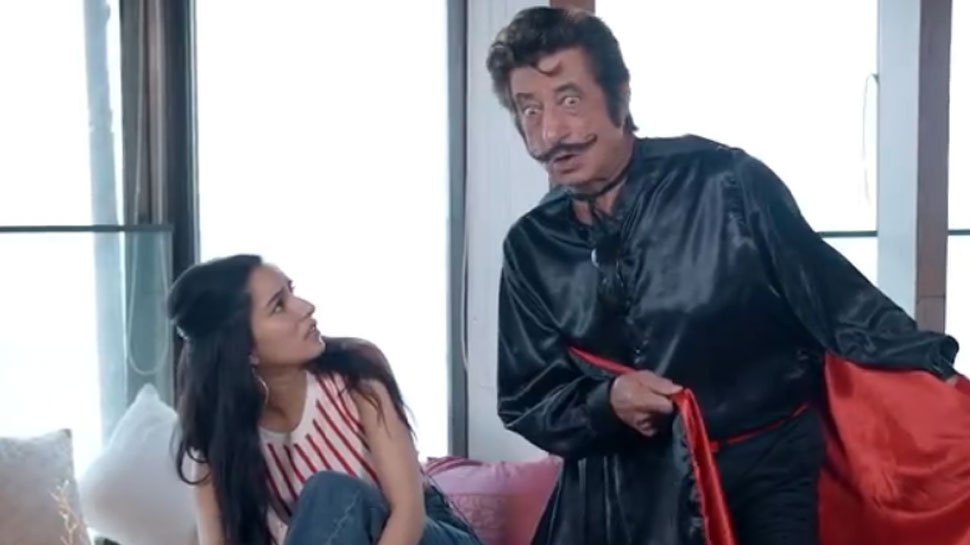 New Delhi: Shakti Kapoor has always been praised for his dreaded villain and strong comic characters in Bollywood. Today he is not that active in the industry but even then the fans also remember him for his memorable characters. But do you know that the fear of his characters is not only in the fans but also in the heart of his own daughter Shraddha Kapoor. So when Shakti Kapoor came out as Crime Master Gogo, Shraddha Kapoor’s reaction was worth watching.

When Crime Master Gogo came in front of Shraddha

A funny video of actress Shraddha Kapoor and Shakti Kapoor is becoming fiercely viral on social media. In this video, Shakti Kapoor is seen in his old character Crime Master Gogo. Seeing them, Shraddha’s condition worsens. Watch this video…

In this video we can see that Shraddha is applying nail polish on the nails of her feet, when her father ie Shakti Kapoor comes, who is shocked to see her. At the same time, Shakti Kapoor says that ‘Master Gogo I have come back’. After this, Shraddha’s nail polish is picked up and taken away. After which Shraddha says that ‘what was needed. To call back the chime master. Now what will they loot and take away.’

Who is Crime Master Gogo?

If you have not seen the film ‘Andaz Apna Apna’ released in the year 1995, then you will also think that who is this crime master Gogo after all? So let us tell you that Shakti Kapoor played the character of ‘Crime Master Gogo’ in Salman Khan, Aamir Khan, Raveena Tandon and Karisma Kapoor starrer ‘Andaz Apna Apna’. This character is still remembered in the discussion of mimicry or good comic characters.

read this also: Raj Kundra shared this video a few hours before his arrest, people reprimanded him a lot