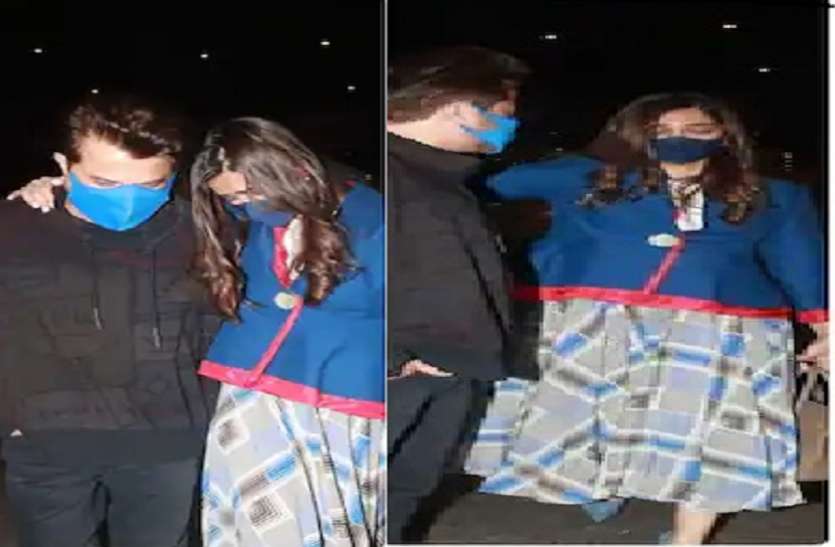 New Delhi. Bollywood actress Sonam Kapoor has started living in London with her husband after marriage. She returned to Mumbai late at night after being away for a long time. As soon as her father Anil Kapoor arrived at the Mumbai airport to receive her, Sonam became emotional on seeing him and started crying bitterly by hugging her. This video of Sonam Kapoor getting emotional with her father Anil Kapoor is becoming increasingly viral.

Read More:- Shah Rukh Khan did not like Kajol, advised Aamir Khan not to work with the actress

In the video going viral, Sonam is seen lovingly hugging her father. After this, both of them go and sit in the car in the parking area. Sonam Kapoor, who returned to Mumbai after a long time, was missing her father Anil Kapoor a lot these days. And seeing him coming in front, Sonam’s eyes filled with tears.

Fans are also seen commenting on Instagram on Sonam crying like this, some people are commenting and writing whether she is pregnant.

Actress Sonam Kapoor reached Mumbai airport on Tuesday night. During this, Sonam Kapoor was wearing a loose fit peplum style top and skirt and a blue jacket was put on it.