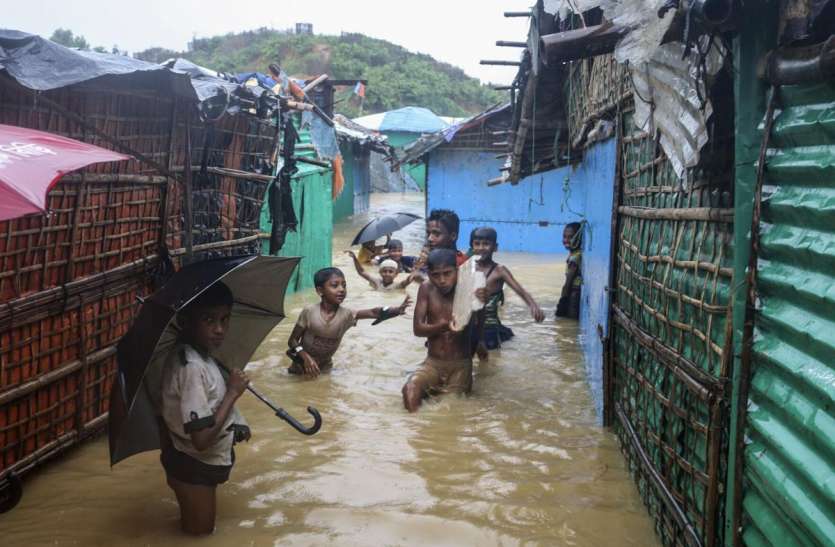 Shelters of more than 2500 people have been damaged or destroyed. On July 28, it has rained more than 30 cm.

Dhaka. Incessant heavy rains in southern Bangladesh have led to flood-like situation in Rohingya refugee camps. People living in refugee camps are now looking for refugee camps again. According to the United Nations Refugee Agency, camps in Cox’s Bazar received more than 30 cm of rain on July 28. Due to this, more than 12 thousand Rohingya have been affected. At the same time, shelters of more than 2500 people have been damaged or destroyed.

More than 5,000 people are searching for refugee camps. The situation has worsened due to the corona virus epidemic. According to media reports, more heavy rain is expected in the next few days. So far, six people have died in the camps due to rain and floods. According to the report, difficulties have increased with the refugees with proper food and drink. Refugees say their house has been flooded due to incessant rains for the past four days.

Significantly, more than 7 lakh Rohingya refugees are living in Bangladesh since August 2017. In Buddhist-majority Myanmar, refugees are arriving in Bangladesh after the army launched a tough crackdown on the Muslim community following an attack by rebels. According to the International Organization for Migration, Cox’s Bazar, where millions of Rohingya refugees live, is one of the most disaster-prone parts of Bangladesh.