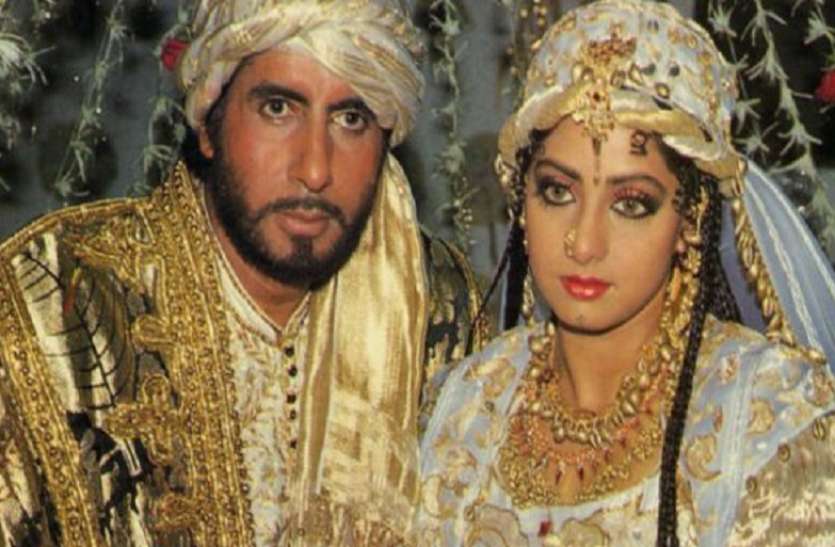 New Delhi. Sridevi was one of the best actresses of Bollywood. Due to each of her films proving to be a superhit, she got the status of First Female Superstar. In the 80s and 90s, the stardom of Sridevi used to raise the heads of the people. To work with him, the biggest actor was ready to stand on the line. In which the name of Big B of Bollywood was also included in it, but there was a time when Sridevi refused to work with this star. And Big B Amitabh Bachchan had sent a truck full of flowers to celebrate him.

Read More:- Before dying, Rajesh Khanna had expressed his last wish to Dimple Kapadia and said- depart like a superstar, a king is a king even after death

Actually this anecdote is from the time when most of Sridevi’s films were proving to be super hit at the box office. And one of those films was Chandni. After this film, she came to be known in Bollywood by the name of Chandni. Rishi Kapoor and Vinod Khanna were in the lead role with Sridevi in ​​this film, but Sridevi herself robbed all the limelight. She got so much popularity from this film that people even started calling Sridevi ‘Lady Amitabh’. But even after this, Sridevi refused to work with Amitabh Bachchan.

When the script of Mukul Anand directed film Khuda Gawah was narrated to Amitabh Bachchan, Amitji expressed his desire to cast Sridevi as the female actress in the film. But Sridevi was not ready for this. Big B then sent a truck laden with flowers to celebrate Sridevi. All these flowers were of roses. Which Amitabh had sent him on the set.

READ Also  'What will you do if the wife runs away from home?' Shahrukh Khan gave a funny answer

At that time Sridevi was busy shooting for a film song. And during the shoot itself, a truck full of flowers sent by Amitabh reached Sridevi and all the flowers of the truck were showered on Sridevi. Sridevi was captivated by this interesting way and she agreed to work with Amitabh in Khuda Gawah. And in this film he had put a condition to play double role. Will do For the first time in front of Amitabh, a heroine had demanded to do a double role. Although the makers of the film accepted this condition and the film was a blockbuster on the big screen.