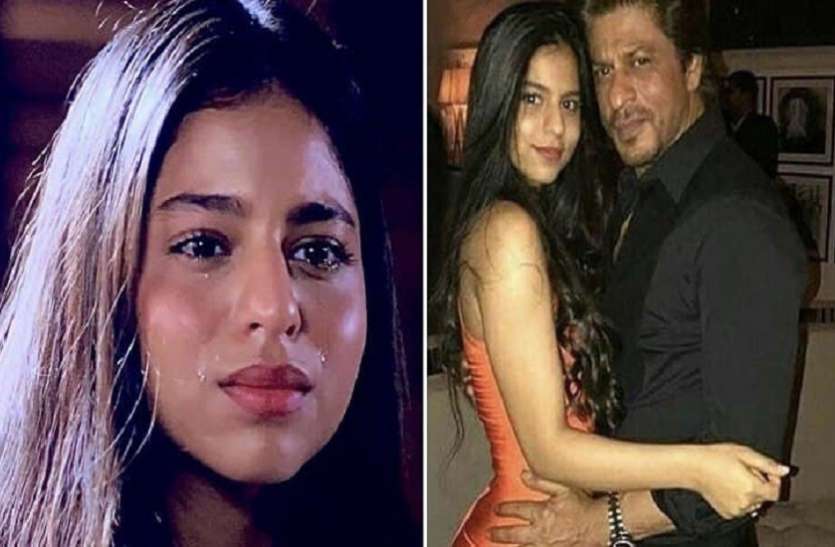 New Delhi. The issue of apartheid has always arisen in the country and around the world. From common to special, everyone has to face apartheid. Even Bollywood stars have not been able to save themselves from the issue of apartheid. Not only this, children of celebrities have also been seen being trolled because of their appearance. Some time ago Bollywood superstar Shah Rukh Khan’s daughter Suhana Khan was trolled a lot on social media because of her complexion. While trolling his daughter, Shahrukh lashed out at the trollers.

Suhana Khan trolled because of her complexion

Shahrukh Khan’s daughter is undoubtedly away from the film industry, but she remains very active on social media. Suhana often shares her glamorous pictures and videos on social media. Every picture of Suhana is also quite viral on social media. Once Suhana shared her pictures on social media. So he had to be trolled because of his complexion. After which Suhana wrote a special message by sharing the comments of the trollers.

Suhana Khan gave a befitting reply to the trollers

Suhana while replying to the trollers wrote, “This is for all those people who do not speak Hindi, I thought I should tell them something. Black color is called Kaala in Hindi. The word Kali is used to describe a woman. Liao is done. Which is of dark color. This post was shared by Suhana in the caption, “There is a lot going on right now. One of which is such an issue. Which we desperately need to fix. Suhana told that This thing is not only related to them, but it is a matter related to each and every youth.

Which is associated with an inferiority complex for no reason at all. Suhana told that when she was 12 years old. So people told them that according to the color of their skin they are ugly. These comments are made by the people of India. Whose mainly brown color.

Also read- Shahrukh Khan, who arrived to drop daughter Suhana at the airport in a luxury car, was trying to hide the ‘Pathan’ look

In this post, Suhana further writes that “Everyone talks about removing themselves from melanin, but can’t. Hating your own people means that you people are pain. Suhana expressed grief that she It is very sad that social media Indian matchmaking or even your own family has convinced you that if you are 5’7 and your complexion is not fair then you are not beautiful. Suhana told that she is 5′ She is 3 and her complexion is brown. Even after that she is happy and advised people to be happy too.”