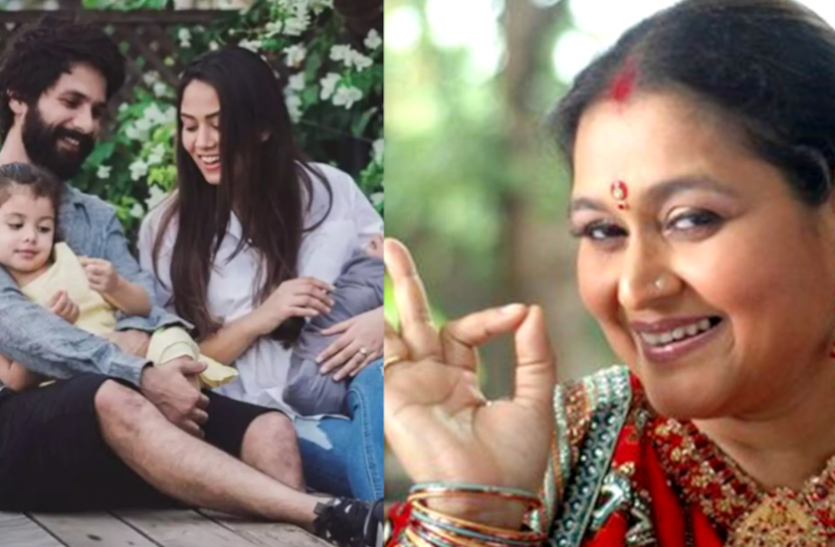 Mumbai. Actor Pankaj Kapur’s wife and actress Supriya Pathak has praised her stepson Shahid Kapoor and his wife Mira Rajput. Supriya called Shahid the main anchor of the family and praised Mira’s cooking skills. In an interview, the actress has talked about the mutual behavior of step-brothers and the bonding of the family.

‘Main anchor of Shahid family, our family like normal families’
Significantly, before marrying Supriya, Pankaj Kapur was married to Neelima Azim. Shahid Kapoor is the son of Pankaj and Neelima. In a conversation with The Indian Express, Supriya answered questions related to the family. On the question of discussion between Shahid and his children regarding movies, Supriya said, ‘Absolutely! Shahid is his brother. He is the eldest brother. He is an integral part of the family. He is our main anchor. This is natural. they are siblings. That’s why they are constantly in touch with each other. They are like other siblings. We have a normal family.

Also read: After 36 years of divorce from Pankaj Kapur, the pain of Neelima spilled, said – I had not decided to separate

‘Mira cooks great’
When Supriya was asked about Shahid’s wife Mira, the actress said, “She is a very good cook. She makes Appam, Stew and Khao Sue. I have tasted the food in his hands. But sad that I do not know how to take photos and my Instagram profile is also not maintained. That’s why I can’t share that with you guys. But she cooks the food wonderfully.

Supriya Pathak movies
It is noteworthy that Supriya Pathak has been a part of Indian cinema for nearly four decades and has appeared in many movies. He has been seen in movies like ‘Kalyug’, ‘Bazaar’, ‘Shanghai’, ‘Mirch Masala’ and ‘Wake Up Sid’. He has also worked in TV shows ‘Idhar Udhar’ and ‘Khichdi’. She was also recently seen in Rakeysh Omprakash Mehra’s directorial ‘Toofan’. Farhan Akhtar plays the lead character in this movie streamed on Amazon Prime Video. Apart from Farhan and Supriya, ‘Toofan’ also featured Mrunal Thakur, Sonali Kulkarni and Paresh Rawal in lead roles. Kriti Sanon starrer ‘Mimi’ is also in the upcoming films of the actress. In this, Kriti will be seen playing the role of a surrogate mother. Supriya’s role is that of the mother of Kriti’s character. The film will release on OTT on July 30.