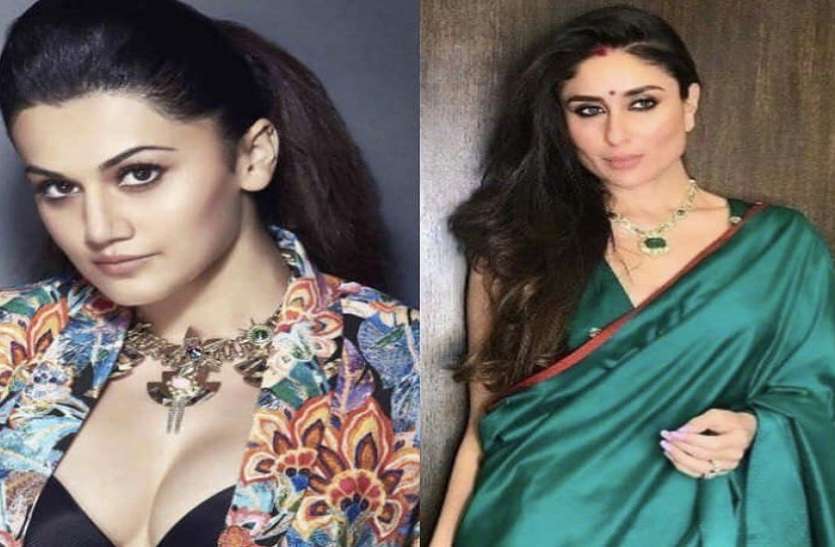 New Delhi. For a long time, actress Kareena Kapoor Khan has been facing trolling on social media. Actually, Kareena was offered the role of Sita in the film. After which Kareena increased her fees. As soon as this news came out, users started surrounding Kareena on social media. Users opened a front against Kareena that Kareena could not play the role of Sita. After which he had to face many criticisms. At the same time, actress Taapsee Pannu has come forward in support of Kareena.

Taapsee Pannu came out in support of Kareena Kapoor

Actress Taapsee Pannu, who spoke and wrote with impunity, supported Kareena while talking about this issue. Taapsee asked keeping herself, ‘If a man did it, then people would say that its market value has increased. Taapsee believes that a woman is asking to increase the fees, that is why she is said to be very demanding.

Also read- The marks of assault were seen on the face of actress Taapsee Pannu, the fans were shocked and upset after seeing the photo

Even actors don’t do free work

Taapsee said that the issue arises only about the income of women in the industry. But why is it so? Describing Kareena as the biggest heroine of the country, Taapsee said that ‘if she is asking for some salary according to today’s time, then what is the problem in it. This is his job. Taapsee said that ‘even when mythological characters are offered to an actor, they do not work for free’.

Let us tell you that earlier there were reports that Kareena has increased from 6-8 crores to 12 crores for the role of Sita. At the same time, if the news is to be believed, she is to be shown in the role of Sita in the film Ramayana.

Also read- Kangana-Taapsee’s war of words continues over the farmers’ movement, ‘Dhakad Girl’ told the actress- ‘B grade thinking of B grade people’

Where Kareena Kapoor is in discussions about her character of Sita. Also, she will soon be seen with actor Aamir Khan in the film ‘Lal Singh Chaddha’. On the other hand, if we talk about the work front of Taapsee Pannu, soon Taapsee will be seen in big films like Haseen Dilruba, Rashmi Rocket, Woh Ladki Hai Kahaan, and Shabaash Meetu.