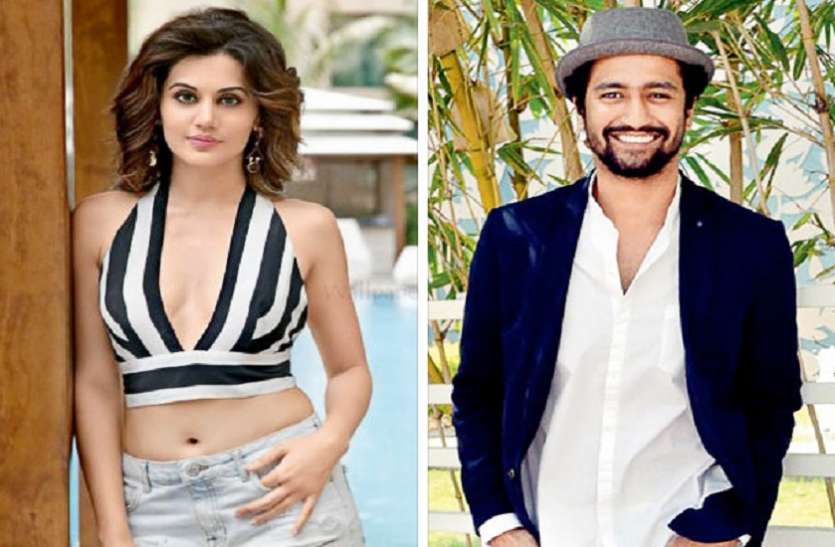 taapsee pannu wants to get marry with vicky kaushal

New Delhi. Bollywood actress Taapsee Pannu remains in the headlines every day. His films are well-liked. Till now she has worked in many hit films. He has so far proved his talent with films like ‘Naam Shabana’, ‘Thappad’, ‘Pink’ and ‘Badla’. Apart from films, Taapsee is also known for her impetuosity. She speaks freely on every issue on social media. Taapsee once said that she wants to marry Vicky Kaushal.

friendship during film
Actually, Taapsee Pannu and Vicky Kaushal worked together in the film ‘Manmarziyaan’. In this the bonding of both is shown quite well. At the same time, there is a good friendship between the two in real life too. In such a situation, when both of them reached BFFs With Vogue Season 3, Taapsee had told that there was a good bonding between the two during the shooting of the film ‘Manmarziyaan’. Earlier, both of them used to talk through WhatsApp. At the same time, Vicky says that Taapsee is very talkative and her heart is equally clear. After this he says that I am also a good listener.

Will marry Vicky
At the same time, Taapsee Pannu was asked in this show that among Abhishek Bachchan, Vicky Kaushal and Varun Dhawan, with whom would she like to do ‘Hookup, Murder and Shaadi’? To this, Taapsee says that Vicky is not hot. In such a situation, she says that she would like to hookup with Varun, murder Abhishek and marry Vicky out of the three. Taapsee said that Vicky is a marriage material type.

Also read: Why Ayushmann Khurrana uses double N and double R in his name, told the secret related to it

Vicky is dating Katrina
Let us tell you that the film ‘Manmarziyaan’ was released in the year 2018. This film was made on the love triangle. Taapsee Pannu, Vicky Kaushal and Abhishek Bachchan were in lead roles in the film. The film was directed by Anurag Kashyap. The film was well liked by the audience. The songs of the film were also highly appreciated. At the same time, if we talk about Vicky Kaushal’s personal life, he is in the headlines these days for dating actress Katrina Kaif. Both are dating each other for a long time. But both of them have not said anything officially yet.