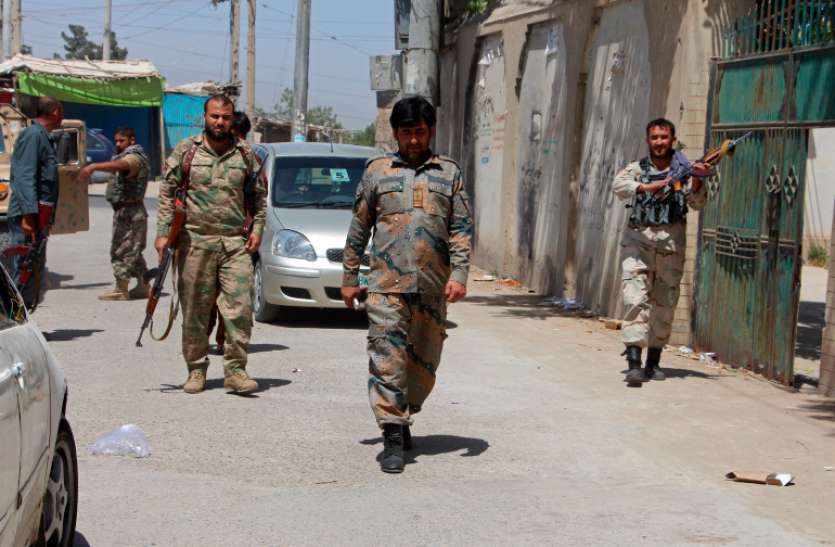 Taliban Control Over Many Districts Of Northern Afghanistan

Officials in Tajikistan said hundreds of Afghan soldiers crossed the border on Sunday.

Kabul. Taliban activities in northern Afghanistan have intensified. Ever since the US troops started leaving here, the terrorist organization is continuously dominating.

read this also: China is losing due to dispute with India, no one wants to deal with arms except Pakistan

Afghan soldiers are constantly running away from the front. Taliban activities are increasing there. The Taliban has taken control of many districts. According to media reports, hundreds of Afghan soldiers have crossed the border and gone to Tajikistan.

According to a statement from Tajikistan’s National Security State Committee, more than 300 Afghan soldiers entered the country’s border from Afghanistan’s Barakhshan province while taking on Taliban fighters. Afghan troops crossed the border by about 6.30 pm on Saturday evening.

Taliban control over one third

According to Tajikistan’s statement, on the principle of good neighbor, the Tajik authorities allowed the retreating Afghan National Defense and Security Forces to enter the border of Tajikistan. Significantly, in mid-April, US President Joe Biden announced that by the end of September he would withdraw all his troops from here. Since then, the Taliban has increased its activities throughout the country. The Taliban currently control a third of Afghanistan’s 421 districts and district centres.