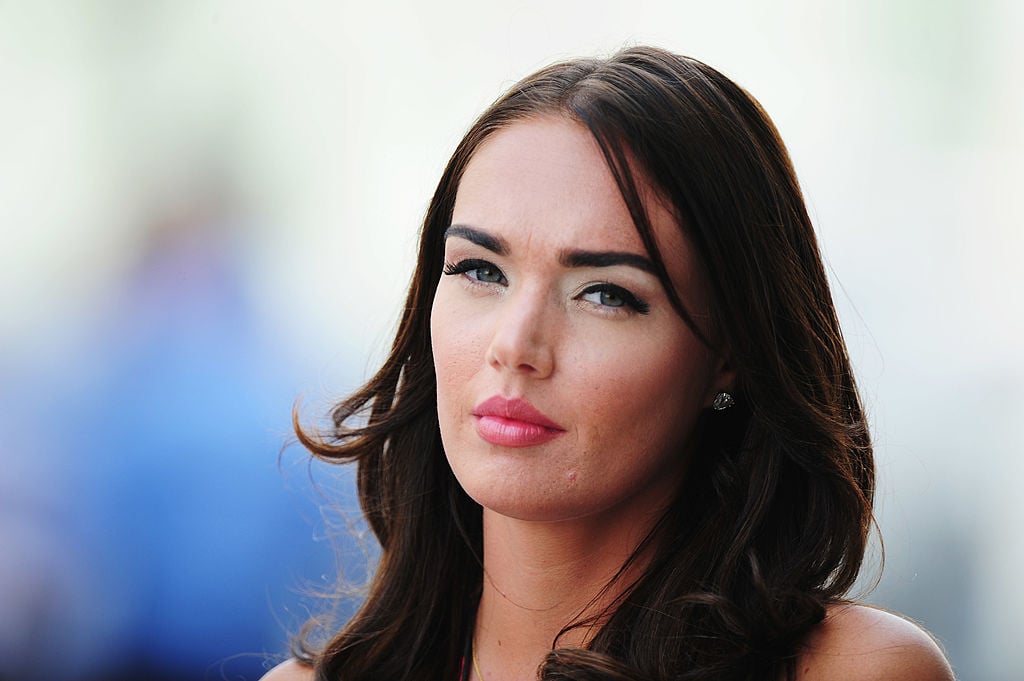 What is Tamara Ecclestone’s Net Worth?

Tamara Ecclestone is a British model, socialite and television personality who has a net worth of $300 million. Tamara inherited her wealth from her billionaire father, Formula One honcho Bernie Ecclestone and former Croatian Armani model Slavica Ecclestone. Bernie owns roughly 5% of Formula One Racing.

Tamara is known for her involvement in glamour and lifestyle productions, including her role as a presenter of 2009 Formula 1 season coverage for Sky Sports Italia. Ecclestone runs her own television production company, and she has starred on the reality television shows “Tamara Ecclestone: Billion $$$ Girl” (2011) and “Tamara’s World” (2017).

Tamara Ecclestone was born Tamara Jane Ecclestone on June 28, 1984, in Milan, Italy. Her father, Bernie Ecclestone, founded the Formula One Group, and her mother, Slavica Radić, was a model. Tamara’s younger sister, Petra, is a model and fashion designer, and she has an older half-sister, Deborah, from her father’s first marriage. Ecclestone attended London’s Francis Holland School, and she speaks Italian, English, and Croatian.

In 2006, Tamara competed on the U.K. game show “The Race” and was a presenter for Channel 4’s coverage of the Red Bull Air Race World Series. She appeared on “Jools’s Annual Hootenanny” in 2007 and “Wall of Fame,” “The Wright Stuff,” and “TVs 50 Greatest Magic Tricks” in 2011. That year, Ecclestone also got her own reality show, “Billion $$$ Girl,” which aired on Channel 5.

In 2013, she posed nude for “Playboy” magazine, and in 2014, she appeared on “Sweat the Small Stuff” and “Stars at Your Service.” She starred on the ITVBe series “Tamara’s World” in 2017, and from 2016 to 2018, she appeared in several episodes of “Loose Women.” Tamara launched a line of all-natural baby care products called Fifi and Friends as well as the luxury haircare line SHOW Beauty.

In a 2015 interview with “Haute Living,” Ecclestone said of SHOW Beauty, “The packaging is something you’d want to have out on display, and the smell makes you feel good when you use it. You don’t have to spend a long time getting ready—10 minutes or less—and you’ll look great. People don’t have time anymore. You’re either working, you’re a mom or both, and speed is everything…but you don’t need to compromise on luxury.” In early 2020, Tamara shut down Fifi and Friends and SHOW Beauty salons due to “the end of the arrangement with the agency which managed and operated them.”

In 2002, Tamara became engaged to Jonathan Ketterman (also known as Derek Rose), and after they split up, he sold the story of their relationship to a tabloid for £10,000. In 2013, Ketterman was sentenced to four years in jail because he attempted to blackmail Ecclestone for £200,000. Tamara married Jay Rutland on June 11, 2013, after a four-month engagement. The couple welcomed daughter Sophia on March 17, 2014, followed by another daughter, Serena, on September 17, 2020. Ecclestone has posed nude for People for the Ethical Treatment of Animals (PETA) in anti-fur and anti-foie gras ads.

In 2011, Tamara purchased a home in Kensington Palace Gardens in London for £45 million (approximately $60 million). In December 2019, it was revealed that $66 million worth of jewelry had been stolen from the mansion, and a few weeks later, police arrested one of the home’s cleaners and her son for the crime after they were caught with some of the stolen items at Heathrow Airport.