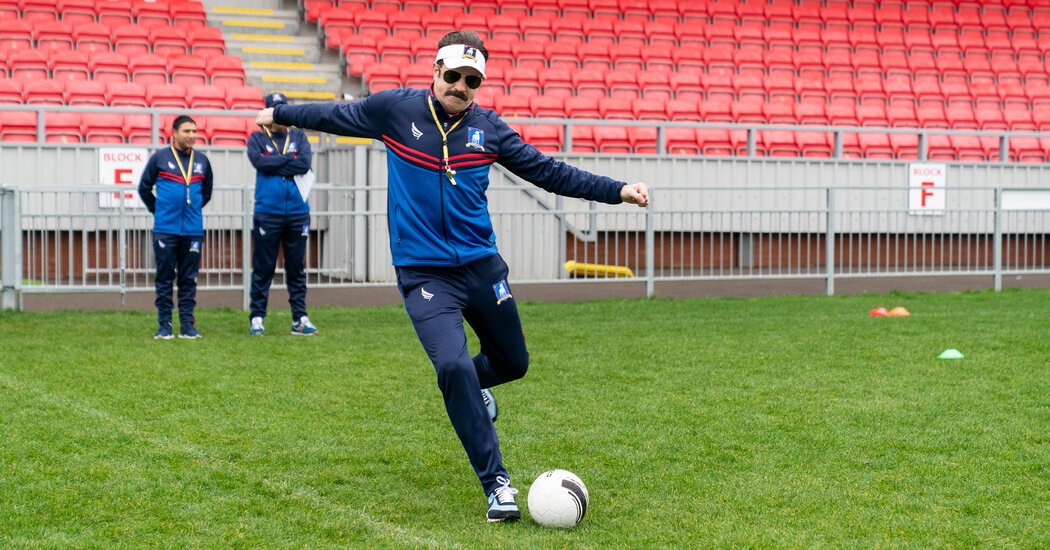 The second main storyline is the continuation of Jamie’s attempt to fully join the team. Last week he had to beat Ted. This week he has to win… everyone. He tries to tease, but he usually has difficulty modulating the tone of his jokes. He tries to bribe his teammates but, let’s face it, it’s corruption. So eventually Ted takes over, diving deep into his bag of coaching stuff – too deep, if you ask me.

He warns Coach Beard, much to the latter’s horror, that he’s about to become “that guy.” The guy in question turns out to be another character Ted occasionally adopts called, ouch, Led Tasso, who – as you probably guessed less than half of that sentence – is the opposite by Ted Lasso.

So Led / Ted comes out onto the pitch and rudely and largely incoherently ranted at his team for a few minutes – I hope everything about the ball as a girlfriend was improvised, because otherwise it was really bad handwriting – before sending them back to the locker room. Dr Sharon Fieldstone, whose episodes we have barely seen, witnesses the ruse and guesses his purpose: by uniting the team against himTed can distract them all from being lined up against Jamie. It’s a silly idea, half-heartedly executed, and I can only assume that the show’s creators thought watching nice Jason Sudeikis rant like a bully would be a lot funnier than it actually was.

Sharon asks the ploy, “Has this ever worked?” Which reminded me when Lindsay Fünke asked her therapist husband Tobias if open marriages already worked on Arrested Development. (The answer is similar.) In this case, however, the “Led Tasso” bet is an unlikely success. Jamie’s re-acceptance with the team seems largely complete, but not before he has joined Sam in the anti-Dubai Air protest. (Which, again, seems to have serious ramifications.)

So: questionable subplots with a precocious teenager? To verify. A political plot that feels good with consequences the show seems determined to ignore? To verify. And – again, I’m sorry, but Ouch – “The Tasso ”? To verify.

I’ve always enjoyed the episode, but these developments all made me a little nervous.