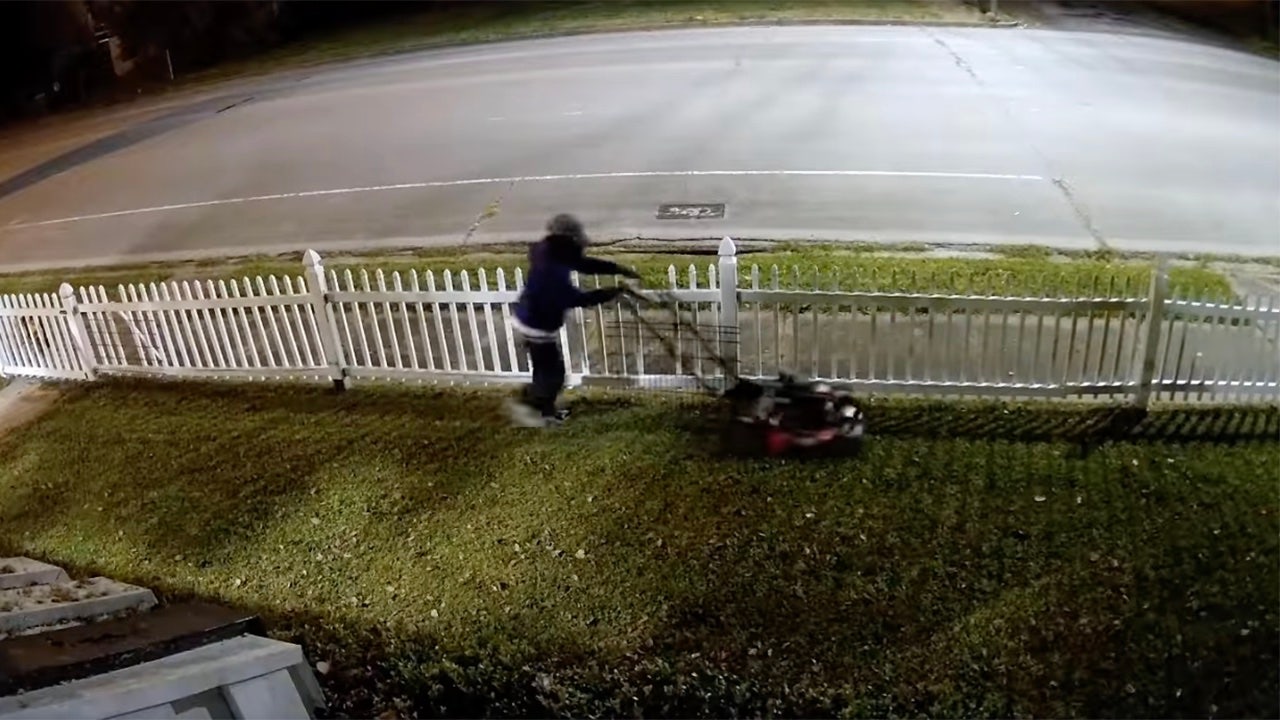 Marcus Renard Hubbard is charged with burglary of a home in southeastern Texas on the evening of April 1.

Home surveillance video shows the suspect taking a push lawnmower from the house, filling his tank with gas, then cutting the victim’s lawn.

Officers arrived at the home and chased the suspect, who had pulled the lawnmower behind him before stabbing lawn equipment in a nearby alley and fleeing.

Hubbard is now wanted for stealing a building. Anyone can call the Port Arthur Police Department at 409-983-8600 for information on their whereabouts.